Is Valheim available on PS4, PS5, Xbox One, Series and Switch? 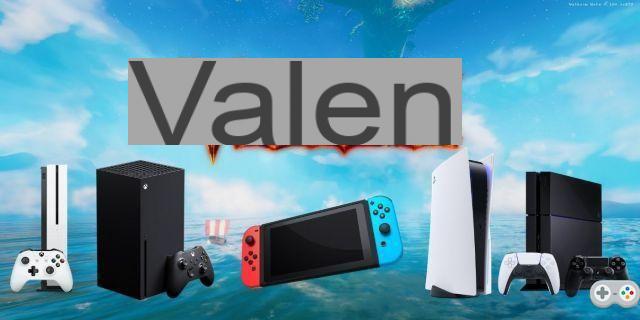 Following the release of Valheim and the craze around it, many players are wondering if the survival game is also available on PS4, PS5, Xbox One, Series and Nintendo Switch. Since the release of Valheim on Steam on February 2, more and more players tried and were seduced by the experience offered by Iron Gate, in charge of the development. Although it is available in early access, it is already very rich in content, and will be even more over the next few months, as evidenced by the roadmap shared by the developers, which has however been revised, but promises a plethora new in the coming months.

Many players new to Valheim, either through positive feedback from the community or content creators, wonder if it's available or will arrive later on consoles.

Will Valheim be coming to consoles?

As of this writing, Valheim is only available on PC, via Steam, in early access. The developers have made no mention of any console port in the coming months, and it's not on the roadmap. The developers will initially focus on improving Early Access, which should last at least all of 2021.

Once version 1.0 is released, it is not impossible to see Valheim land on some consoles, since many survival games have ended up arriving only PS4 and Xbox One in recent years, after a certain period of PC exclusivity, like DayZ. However, we cannot guarantee that Valheim will follow this path. It depends on the will of the developers.

As a reminder, Valheim is a survival game in a procedurally generated open world, located in the universe of the Vikings. Survival, although an essential element of the gameplay, will not be the most difficult point. Exploration, combat and crafting will be other important points. Many guides can be consulted here, for those who need some tips. Valheim is available for $16,79 on Steam. If you want more information about Valheim or join an active community to share pleasant moments with other players.
Audio Video Is Valheim available on PS4, PS5, Xbox One, Series and Switch?
Valheim: Crystal battleaxe (Crystal Battleaxe) how to get it? ❯

Valheim: How to get honey, bees and beehives?

add a comment of Is Valheim available on PS4, PS5, Xbox One, Series and Switch?