Valheim: The Mill, how to get and craft it

Author and references
The Mill is one of the last major lootable items in Valheim. We explain how to unlock and craft it. You will unlock a multitude of resources and equipment as you progress through Valheim. One of the last major builds you unlock, as of this writing, is the windmill, which will allow you to access new resources, especially in terms of food, which are not negligible.

The Windmill in Valheim

First of all, you should know that you won't be able to unlock it until you defeat the fourth boss, Moder, which we find in the mountain biome (you need three dragon eggs to summon it). Once beaten, this one will drop dragon tears (which you can farm by facing Moder several times). These last ones could not be more useful, since they will have to be used for build craftsman table (two tears and 10 wood). 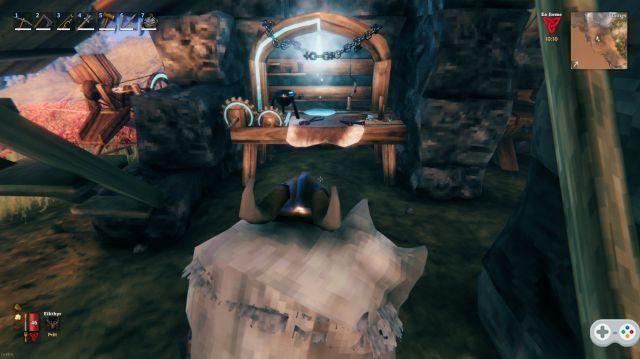 Concerning windmill, you're going to need a few more resources:
Although it can be built almost anywhere, we advise you to do it in a high and fairly open place, so that it can take advantage of the wind and function properly.

Thanks to the windmill in Valheim, you will be able to make barley flour, a resource that you will harvest in the plain, and more particularly in the goblin villages. Be careful, you have to be particularly well equipped to tackle it, goblins being formidable creatures.

Once the barley is in your possession, place it in the mill and wait a few seconds to obtain the barley flour, which will allow you to create new recipes through the kitchen. If you want more information about Valheim or join an active community to share pleasant moments with other players.
Audio Video Valheim: The Mill, how to get and craft it
Valheim: Boats, Drakkar (langskip) and Karve, how to make them? ❯

Valheim: How to get honey, bees and beehives?

add a comment of Valheim: The Mill, how to get and craft it