Obtain: Cass at the Mojave Outpost.

Speak with Cass at the Mojave Outpost to get this quest (Picture 1) then go to the Crimson Caravan Company to ask Alice McLafferty for work (Picture 2). This will give you the quest " You can count on me " during which you can convince Cass to follow you. Once Cassidy is on your team, have a chat with her to learn more about caravan attacks (Picture 3).

Go to the site of the first attack to look for clues then offer Cass to continue the investigation (Picture 4-5). Similarly, search the remains of the caravan for clues (Picture 6).

Cass will soon inform you of the attack on a third caravan (Picture 7), so go to the scene to find out the end of the story by searching the body of the henchman (Picture 8 ). Cass will want revenge by eliminating the culprits, so make your choice: help her in her revenge or try to convince her to do it more cleanly (Picture 9).

If you decide to find evidence against Cassidy's enemies, start by going to Alice's office at night and breaking open her safe to find the evidence (Pictures 10-11). Then go to the Silver Rush in Freeside to meet the Van Graffs (Image 12). You can take the opportunity to do part of the quest " Looks like " in order to gain the trust of the Van Graffs.

For the rest of the operations, you will need a skill of 75 in lockpicking and at least one Stealth Boy. Enter the Silver Rush leaving your companions outside then use the Stealth Boy to disappear. Go slowly past the guards and open the back door to reach the back shop (Picture 13). Then pick the safe to find the second piece of evidence (Picture 14). 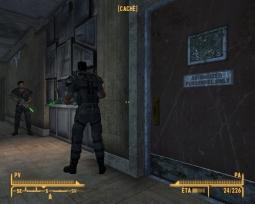 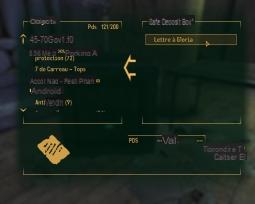 You can then join Cassidy with the documents (Image 15), then go to the Mojave outpost to deliver the evidence to Ranger Jackson (Image 16). The quest ends and Cassidy gains the Quiet Heart skill. 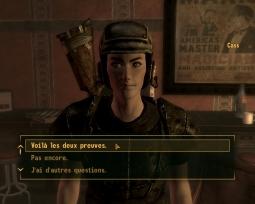 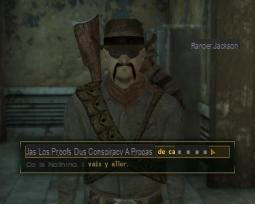