The side quest Mission: Alpha/Bravo/Charlie Countdown will allow you to launch a nuclear warhead at Appalachia. Discover the complete progress of this quest on this page of the Guide Fallout 76.

During the I am Death main quest and after completing the Hide-hide-destruction main quest, you can enter a site of your choice, depending on the Code Fragments you have collected. For this, you need to collect 8 code snippets, either for the Alpha site, the Bravo site or the Charlie site. Additionally, you need to decrypt the launch code. These code snippets are only good for one week!

This decryption is an essential step, but is also quite difficult to achieve. In the command center of the Whitespring Bunker, you will find a wall indicating the missiles of each silo, with a few letters below (picture1). These letters are keywords that you will have to determine. Come back regularly to see new letters appear. To help you find the right keyword, you can use the WordFine site. Type the few letters, separating them with ?, then with a * at the end. The site then offers you a series of words corresponding to your search. 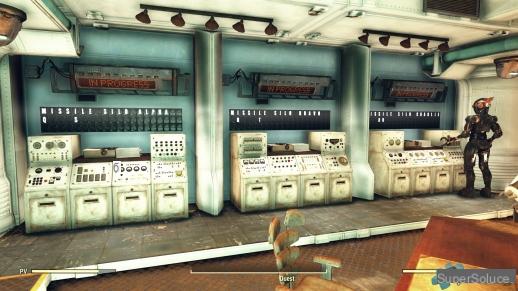 When you have obtained the correct keyword, enter it on the Braingle site, in the "Keyword" box. In the "CIPHERTEXT" box, enter the 8 letters in the same order indicated by the 8 silo code fragments. By pressing the "Decipher" button, the site gives you a word in the "PLAINTEXT" box.

The word obtained is an anagram, you must now put the letters in order to form a new word. Use the Bestwordlist site to get multiple anagrams for your word. The new word formed must be composed of 8 letters obligatorily.

When you have one (or more) new word, return to the Braingle site, and enter it in the "PLAINTEXT" box. Press the "Encipher" button to get a new word in the "CIPHERTEXT" box.

Rearrange your code snippets using this new word to finally get the launch code. If several words match, you will get several codes but only one is good.

Now that you have the launch code, and if for example you have 8 Code Fragments from the Alpha Silo, go to the Alpha Site (picture2). Enter the building and use the palm scanner in the elevator (pictures3and4).

You must first bypass the laser grids (picture5). Follow the marker to a terminal (picture6): select “Alpha Security Post”.

Pick up an old biometric identification card (picture7), then use it on the card resetter (picture8). Then use the nearby terminal to craft a new card.

Further on, you must destroy as many cores as possible from the main unit (picture15). Shoot them, hit them, or just interact with them. 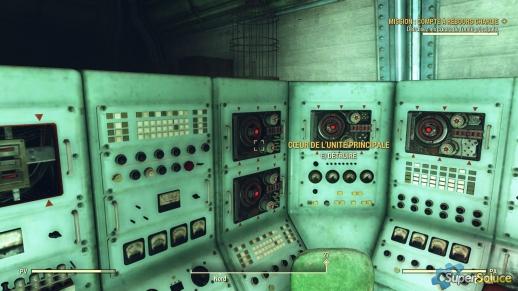 Continue to a heavy door (picture16). Repair nearby CPU cores to get through this door. 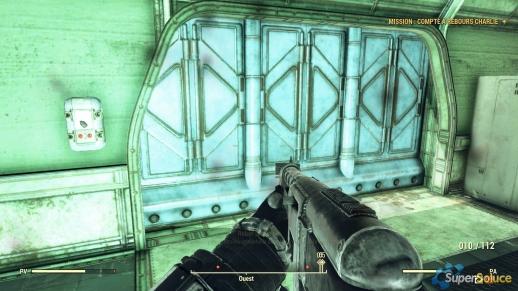 Finally, you end up reaching the launch room. Use the terminal and select the last line to prepare for launch. Use the nuclear access card, then type in the code you got by deciphering the code fragments. You can finally launch your nuclear missile on the zone of your choice.