Guide and tips: Getting started in Dofus Touch 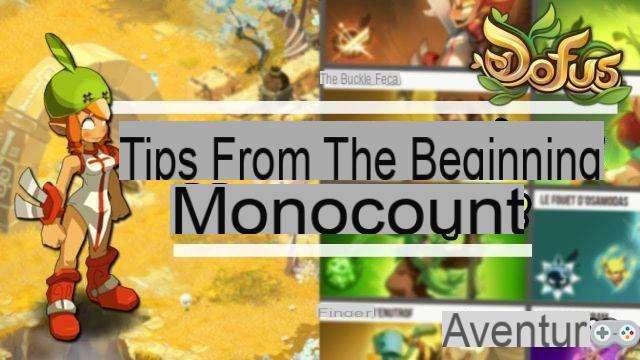 In Dofus Touch, the trips are carried out from map to map or of "screen to screen". Touch one of the edges of your tablet/mobile and more particularly the orange arrows to move from one map to another. If the arrow does not appear it is that it is not possible to explore this part (cul-de-sac).

2Experience and level up

In Dofus Touch, it is possible to level up by earning experience points. XP points are granted to you when you complete quests or when you kill monsters. Each level reached will earn you one spell point and 5 characteristic points. Spell points to improve your magic spells.

In Dofus Touch, the business are the best way to earn Kamas, the in-game currency. Professions are divided into two categories: Gathering (recovery) and crafting (creation).

Craft trades allow you to create objects. These trades are more greedy than the others, both in terms of time and kamas. In return, they will allow you to create powerful items. As with the collection professions, the professions corresponding to the objects you wish to manufacture are activated via your inventory. Each object to be created is the subject of a recipe.

To consult the list of professions and their location points (necessary to start an apprenticeship), do not hesitate to consult our Dofus Touch tips on this page.

Understand trade mechanics is essential in Dofus Touch. Indeed the trade will allow you to acquire many essential items in recipes for everything related to creation of special objects. Some items that are particularly difficult to obtain can be sold in the trade part of Dofus. An alternative way to earn kamas compared to the classic combat activity.

Auction hotels allow you to put your items up for sale by setting the price of your choice. There is one sales hotel per profession. Almost all of the hotels for sale are located within the three main towns of Dofus Touch, namely Astrub, Bonta and Brakmar.

To put an item up for sale, select a vendor NPC (green nickname that always starts with "vendor"), then select "sell" before choosing the item, the quantity and the set price. Selling an item is subject to a tax that varies depending on your alignment and the auction house used.

To view items for sale and make purchases, select "Buy" in the Auction House interface. You will then be able to view all the items put up for sale by other Dofus players on your server.

The merchant mode of Dofus Touch is accessible from his character by selecting "organize my store". Merchant mode spawns a bag right next to your character. This mode only activates when you are offline. It allows you to acquire objects everywhere in the game and moreover the commission fee is lower.

The world of Dofus Touch being particularly vast, there are zaaps, kind of parallel portals, allowing to teleport from one area to another. To be able to use a Zaap it is necessary to memorize it and to memorize it it is enough to visit the map that contains it. A Zaap is symbolized by a kind of blue stone. It is possible to move from one Zaap to another in exchange for a few kamas.

Apart from this very practical aspect of instantaneous movements, the Zaaps in Dofus Touch also allow you to respawn at any location upon death of the character. All you have to do is save the Zaap of your choice in order to reappear there in case of death or when you use a recall potion.

The emoticons are used to display a state above your Dofus character during the game.

The attitudes allow them toanimate your character. If the emoticons are accessible in the game, it will be necessary to unlock the attitudes by quests, dungeons and others before being able to use them and show off in front of the friends.

The combats hold an important place in Dofus Touch. There are three data that you cannot ignore in combat:

APs are used to attack. You can attack with your weapon or cast a spell. Of course, you cannot cast a spell if it costs more AP than you have. To be able to cast a spell, your enemy must be within range and not be hidden behind an obstacle (unless you have a spell capable of bypassing obstacles). MPs tell you how many squares you can move. They allow you to move during a fight. HP symbolizes your life bar. If your HP drops to 0, your character dies.

In addition to the AP needed to perform actions, other characteristics must be taken into account when casting spells:

Tip: turn on move highlighting to see the chances of attacking after moving.

Victory results in the death of the adversary. Dying has no real impact in Dofus Touch. In case of defeat, your character will take on the appearance of a specter. Then join a Phoenix statue to resuscitate.

add a comment of Guide and tips: Getting started in Dofus Touch