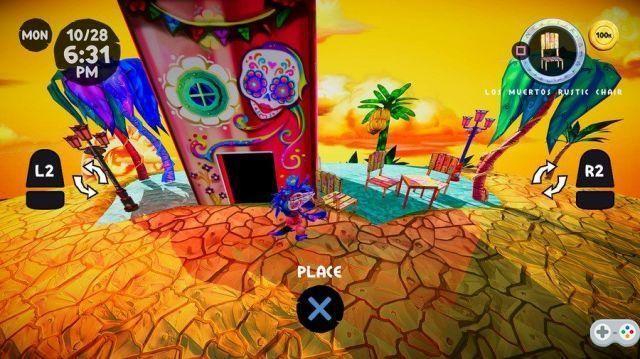 There's a new free-to-play PlayStation 4 game called Paraiso Island, and its proceeds will be donated to charity. Creator (and philanthropist) Luc Bernard tells us that 30% of the proceeds from the title will be donated to the All Hands and Hearts organization, which helps the Caribbean rebuild after recent tragedies. There is a Bahamas Relief add-on pack where 100% of sales will be promised.

As for the title itself, it's inspired by Nintendo's ultra-popular Animal Crossing franchise. “It's a daily island simulator,” says Bernard, “where you can do different things: run a restaurant, run a hotel, decorate your island however you want, or just run errands for the different inhabitants of the island. 'Isle."

He continues, “I went much weirder in terms of the characters that inhabit it. A lot of people you might even think are a little crazy: Senorita Bomba is obsessed with explosions and blowing up anything, Fuerto keeps living on everyone's sofas and all he wants to do is is working out and taking women out on dates. And then, as an update coming out in February, is DJ PiggyBanker who's a banker going through a midlife crisis who's decided to become a DJ and is starting to run Pyggy Fest (which you can imagine is inspired by the Fyre Festival ) where everything goes wrong."

Although the work continues in earnest on the island of Paraiso, this does not prevent Bernard from looking to the future, and he has other charitable initiatives in mind. “One of the next games I'm working on is an action RPG inspired by Nigerian folklore aimed at the African market, but it will also be released worldwide. We're also working with a team in Nigeria for that too, so it can be done properly, like the writers and the actors. »