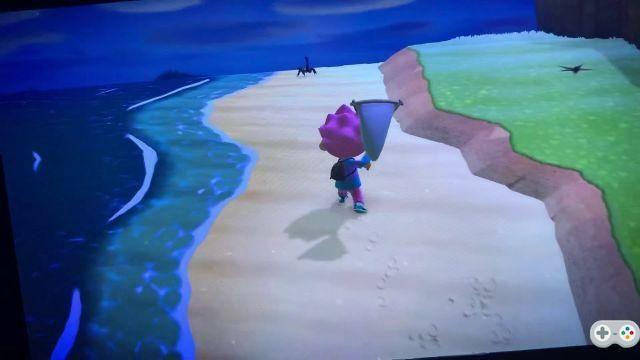 If you're looking for more bugs to fill your Critterpedia, then you'll want to learn how to catch the Scorpion in Animal Crossing: New Horizons! These are on the dangerous side, so you'll want to be wary when trying to capture one of these fuckers.

How to catch a scorpion

First, we're going to take a look at the Scorpion's Critterpedia information, because it's essential to know when you can actually catch this thing. It only appears at certain times of the year, so don't go looking for it if you don't fall within the specific months it's available.

You can only find them at night, so be sure to stake out your island during these times. These have appeared much more frequently for me than Tarantulas, but they share a lot of similarities. I've found them quite often near the Resident Services area, but your mileage may vary. I would make sure to clear as many weeds on your island as possible so you can see them more easily.

If you've caught tarantulas, they're pretty much the same. Otherwise, you have to sneak up on them, because if you run at them, they'll sting you and you'll pass out and end up at your house or near the plane if you're on a mystery island. The best way to sneak is to hold down the A button while your net is out. This will put you in a ready mode that will have you moving slowly. When the Scorpion returns to attack position, you must STOP moving. Wait for it to return to its normal posture, then move forward again. Keep doing this little dance until you're close enough to drop the net on them. All you have to do is let go of the A button and you will automatically swing the net!

Scorpions will chase you if you get too close. You can either sprint and enter a house or building, or try to get your net out and swing around in hopes of catching them. It's not a reliable method, but it will sometimes work for you. They are not always easy to spot as they can be behind buildings and trees where you may not have noticed them.

While Tarantula Island is much more well known, there is also an island that only spawns Scorpions! You can sometimes encounter him while taking a flight to a mystery island after 19 p.m. during Scorpio season. The one I encountered had a bunch of weeds and flowers on it and there were at least four Scorpion spawns. These will appear endlessly and you can grab them until you fill your bag. If you get stung, you'll respawn right near the plane, so don't worry too much. It's a great way to earn some cash, so consider looking for this island if you need bells!