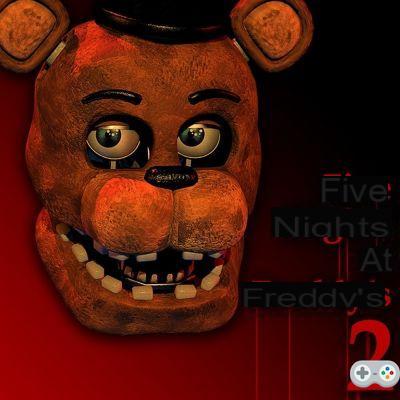 Five Nights at Freddy's 2: Getting to Know Automatons

Like its predecessor, Five Nights at Freddy's 2 relies heavily on the ability of different machines to surprise you. But if you know a little about their behavior, chances are you can get out of a bad situation much more easily.

Balloon Boy : Cannot hurt you, but he is able to turn off your lights and attract other monsters with his laughter. as soon as you see him in the ventilation, put on Freddy's mask to push him to leave the place.


New Bonny : Bonny is quite easy to dodge, when you spot her in the vent, put on your mask and just wait for her to walk past you without seeing you.

new girl : Bonny-style, Chica will appear in your vent and you'll need to put on your mask to chase her away. however, she will not pass by to leave. Also note that you can see her in the hallway directly in front of you, however, Chica will never enter the room this way.

Old Bonny and Old Chica: These two operate in the same way and will sometimes show up in front of your desk. So put on your mask to force them to leave but be careful, don't let their little game fool you. If they look at you for a long time before leaving, you can be sure that they are actually hidden under your desk.

Old Freddy and Toy Freddy : These two operate in the same way as the two previous automata with the only difference that they will arrive by the side corridor.

Foxy : To make him clear off, flash your lamp then switch to a camera. If Balloon Boy is in the office, you won't be able to scare him away.

Golden Freddy : This automaton only shows up from night 7 and will not appear in the ventilation or in the corridor, no, it will teleport directly to your office. In this situation, quickly put on your mask and wait for it to disappear.

Five Nights at Freddy's 2: Tips for Getting Started

Five Nights at Freddy's 2 is the worthy heir of the previous episode but some elements are quite different. Here you will find some advice to get your job as a night watchman off to a good start.

Use headphones! Indeed, Five Nights at Freddy's 2 plays a lot on the sound and a good audio quality will allow you to locate the automatons without having to spend energy with the cameras.

Use Freddy's mask! If you see an automaton watching you from the ventilation, immediately put on your mask and wait for it to leave. Also, make it a habit to always put your mask on when leaving a camera view.

add a comment of Tricks Five Nights at Freddy's 2