They can often be a tricky genre to pin down, but, despite this, roguelikes have become very popular in recent years. If you were trying to explain what a roguelike was to your friend who lived in a cave, you might say that its standout features include turn-based gameplay, exploration or combat, and a challenging progression cycle. , punishing you and almost invariably resetting your progress.

At the same time, you are also wrong. The debate around roguelikes still exists because they are not a unique genre, and there will always be games that serve as exceptions to the rule. But in our opinion, that's what makes them the most fun.

What are the best MOBILE Roguelikes? 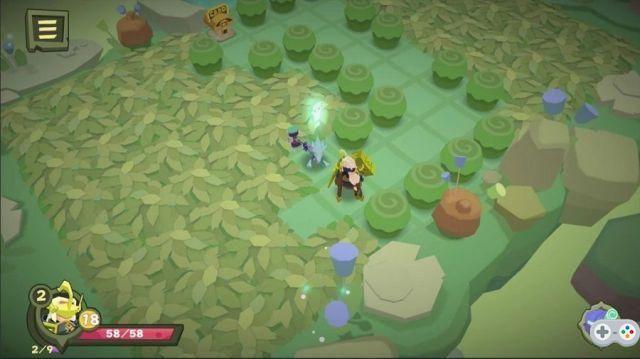 In the absence of a mobile version of Slay the Spire, many roguelike/deck builder hybrids have taken the App Store by storm in an attempt to capture this audience. Dimension of Dreams represents one of the best to come recently. It's a token premium game with in-app purchases, but we found everything to be perfectly balanced and scaled so it doesn't feel like a grind.

There are also many different deck archetypes for you to play and experiment with, so it's such a shame that it's not on Android yet. That, and some choice fixes, are all that keep him from being the ultimate contender for the throne of Slay the Spire. For more games like Dimension of Dreams, check out our list of games like Slay the Spire on mobile. 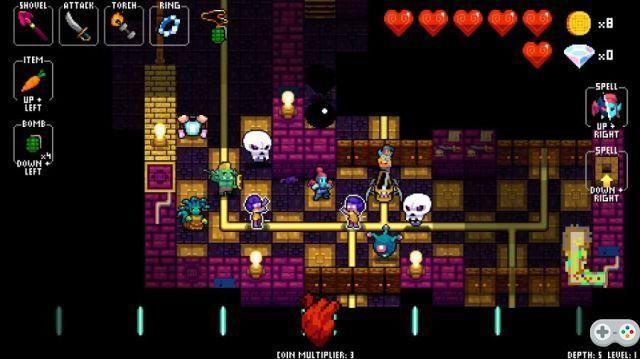 CRYPT OF THE Necrodancer: Amplified

Naturally, the only thing that could knock Crypt of the Necrodancer off its coveted top spot would be Crypt of the Necrodancer more. The Amplified version released in April 2019 contains both the original game as well as all downloadable and add-on content from the PC version. There's a new protagonist to pick up, Nocturna, along with new enemies, music, and new levels. It's easily the definitive version of one of the best roguelikes of this generation, and now there's really no excuse not to get involved if you haven't already. 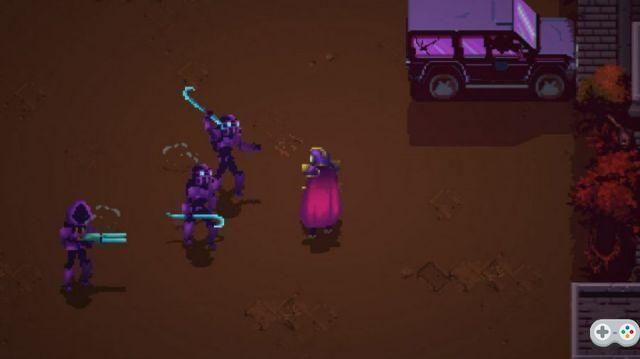 It's amazing what you can do when you take two seemingly ciphered tropes and put them together into something really interesting. Your ultra-powerful vampire might not seem special as he terrorizes society in a replayable game, but the fact that you do so across countless generations isn't something you see every day. In Immortal Rogue, your job is to periodically wake up and harvest human civilization. For reasons.

The game sometimes struggles from a narrative standpoint, but the tactical choices you make as you shoot down through one age have consequences for the ages to come. Depending on who you kill or don't kill, enemies can appear drastically different. This is an addictive one-handed game that evokes the best the genre has to offer. 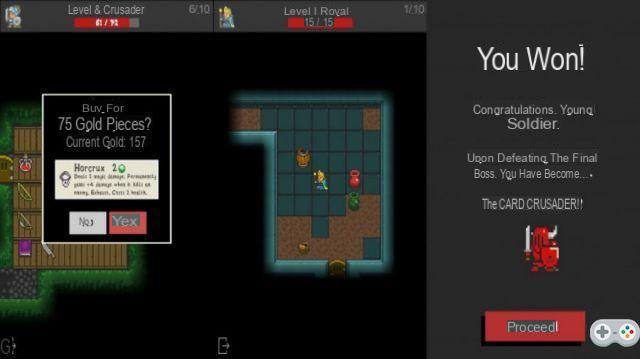 Fair, balanced, and as advertised is our elevator slot for Card Crusade. In a niche that includes Dream Quest, Slay the Spire, Meteorfall and others, there's not much here that we haven't seen before, but it's a stable and competent enough game to scratch this same satisfying itch for a short time. Choose one of the many classes and dive into the dungeon, discovering loot and spells along the way, helping you repeat games. It has its share of mediocrities, but also a lot of innovations.

The battles have an unusual rhythm. Of course, it's always best to clear the field as soon as possible, but gameplay generally happens in bursts of activity, with some turns being all about healing and surviving, while others see you playing a particular map. powerful to eliminate a key enemy. Here, Card Crusade breaks with long-standing roguelike tradition and does not offer full healing on upper level or open ground, which means damage taken becomes persistent. It's one of the smartest choices in the game, adding a sense of pressure while simultaneously rewarding clean strategy and play. For more deck-based drama, browse our picks for the best mobile card games! 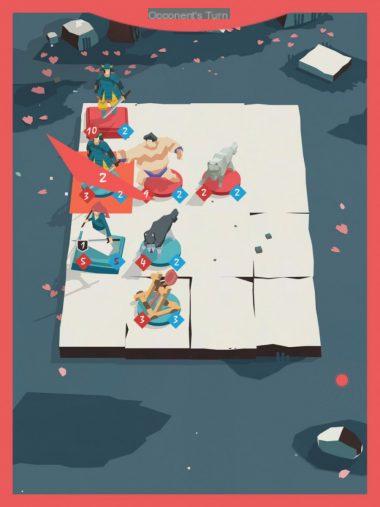 Released towards the end of last year, MIYAMOTO is an interesting mix of turn-based strategy, map mechanics and roguelike gameplay, where the main flaw is that it's too brief. Eight levels pit you against increasingly tough enemies, as you battle to defeat their leader. If your leader or the enemy dies, it's game over. Beating levels earns you coins that you can use to invest in better leaders.

The card mechanics are perhaps a bit tokenistic; there's no way to interact with your troop deck, but each unit is varied and unique, and the small 4×4 arena allows for some really tight tactical engagements. It's a fast-paced game, as you launch your units into battle as quickly as possible, filling as much space as possible around your leader, so you can place troops ever deeper into an opponent's territory. If you're looking for something short and sweet, MIYAMOTO is a great new addition to your list. 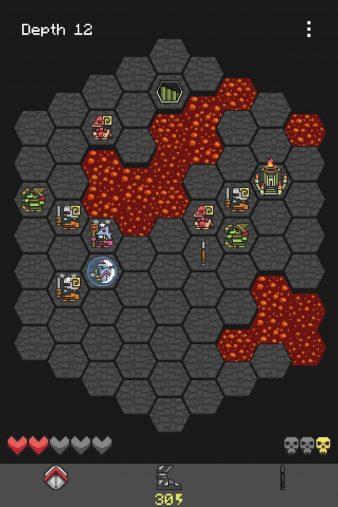 The story's hoplites aren't usually thought of as lone wolves or heroes, but that's exactly the role Hoplite casts you in: a nameless figure on a tight hex-based quest to retrieve the fleece of 'gold. As you go through levels of increasing difficulty, you visit temples to get incremental bonuses. Movement and decision making is done with a series of swipes alongside the odd special ability. These abilities can be simple yet profound, a bit of a deus ex machina bestowed with each level, while the skill synergies are enticing enough to entice you, but devilishly difficult to pull off, and will keep even veterans engaged. 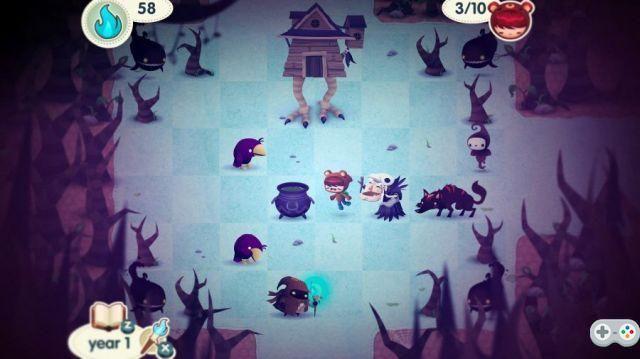 Winter is harsh and full of children in Road Not Taken. You, a sackcloth-clad stranger, pick up your torch and use the precious energy you have to brave the elements, find and save every child. Along the way, you'll have to fend off evil wolves and ghosts, search for food, and find materials to make campfires. Each step drains energy; more so if you're carrying items, so the whole game is turn-based, with a soft cap on the number of steps; as energy can be replenished by eating various foods.

The procedural generation behind each race really shows off the game's handcrafted puzzle levels. This hybrid game wears many hats, but is first and foremost a puzzler with crafting elements and a dash of combat. 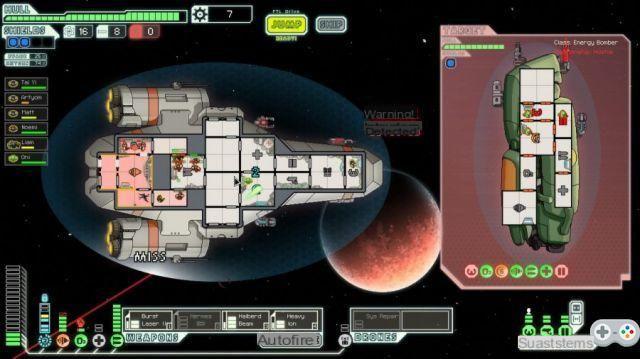 In a quest to save the galaxy, Faster Than Light lets you power up your ship, hunt for a handy crew, a devastating array of weapons, and sometimes just a smudge of fuel. Real-time paused combat works around cooldowns, with each fight ending once the enemy ship is destroyed or its crew incapacitated. Honestly, the ship is the real hero, suffering from hull breaches and scraping HP while slowly ramping up power until it can slay the beast. The beats and chiptune graphics aren't totally retro or AAA trendy, but rather create their own cool aesthetic. 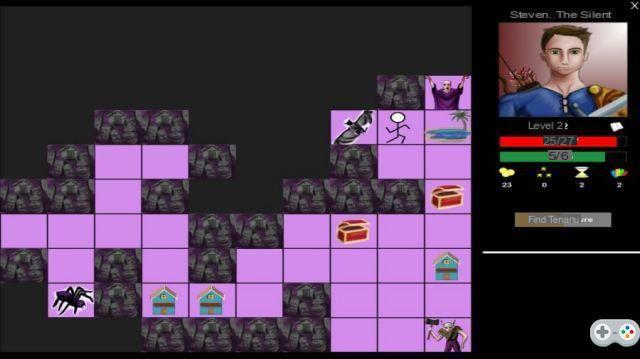 Dream Quest is simple: go through three tiers as your chosen class, and build a deck strong enough to escape the dream realm. But like its namesake, the twists and turns of this progression are weird and wonderful. Roguelikes typically rely on random events and imperfect knowledge, but Dream Quest turns those uncertainties into an inescapable challenge for strategy enthusiasts. 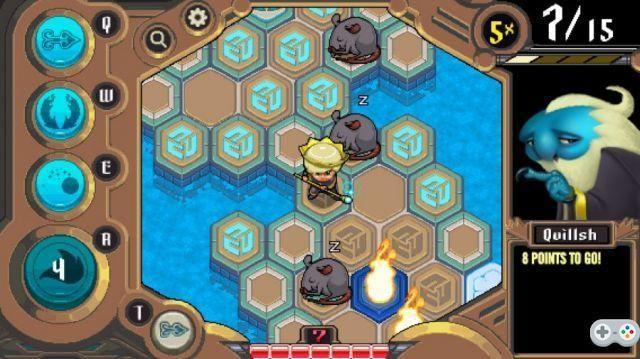 The result of Keith Burgen's painstaking tinkering and experimenting, Auro is a roguelike that revolves around monsters bumping into each other and creating spell combos. The prince must save the kingdom, using his magic and skills wisely through this hexagonal fighter. Speed, accuracy and efficiency are paramount, and chasing scores is the measure of success. Not praised enough, and an Android exclusive to boot. 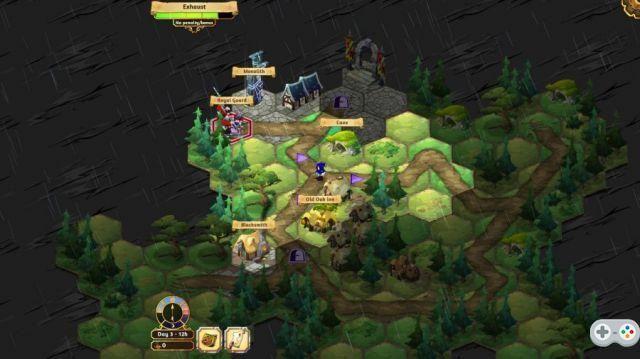 With a sense of scale, while balancing tactical combat with long-term investments, the Crowntakers don't even have to play the role of rogue at all. For one thing, its alternate game mode is a persistent RPG with unlockables. The focus on individual in-game decisions is paramount, from exploration to combat. But its limits lie in the negligence with which it hides information from the player, about enemy abilities, for example. In short, an excellent, refreshing roguelike RPG that, while surpassed by the rest, remains a distinct favorite. Check out our list of the best mobile RPGs for more like Crowntakers.

For your viewing pleasure, here's a roundup of past entries you shouldn't forget: