Pokémon Go caused quite a stir when it launched, and for many people it may have been their first taste of the idea that their phone's GPS locator could be used for gaming. For those unaware, you walk around the real world collecting the Pokemon you encounter. Using AR, you can throw Poké Balls at them as if in real life. You will receive a variety of rewards for collecting, taking long walks, and being social.

But it's not the only location-based augmented reality game — Niantic has been operating in this space long before it got the Pokémon license, and other similar games have also popped up that offer different, deeper experiences.

So if for some reason you don't want to collect hundreds of digital monsters, we've compiled a list of alternatives that offer much of the same experience. They'll all use GPS to encourage you to take great walks and likely use the power of AR to bring content to life on your phone. Either way, they'll at least get you into the real world, maybe even forcing you to be social. Want this?

What are the best location-based games on mobile? 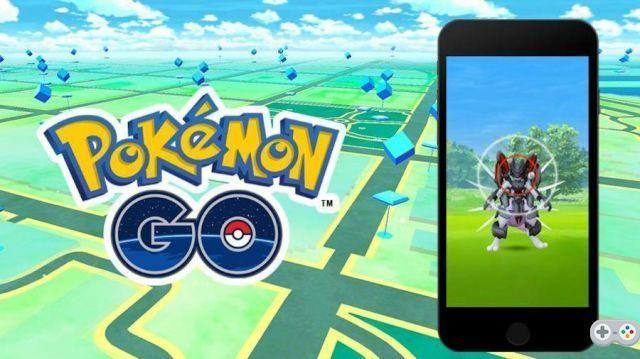 I thought it might not have been the first location-based game on mobile, it is by far the most successful and continues to take the world by storm even today. It is also easy to understand why. Many of us grew up with Pokémon, whether in games, TV shows, or cards, and spent many days wishing we could get out and catch these little creatures in real life. Pokémon Go has made this dream a reality.

Even for franchise newcomers, it's easy to see the appeal. You can collect a bunch of cute digital monsters and show them to your friends. It encourages you to be social in the real world through its raid mechanics and community events. In fact, it rewards you for being active, giving you useful in-game items based on how many miles you've run that day and week.

It's groundbreaking in terms of game design, but the Pokémon franchise really kicked it into overdrive. That's why it's the biggest location-based game. If you want to know what changes are coming to the game, be sure to check out our Pokémon Go update guide. 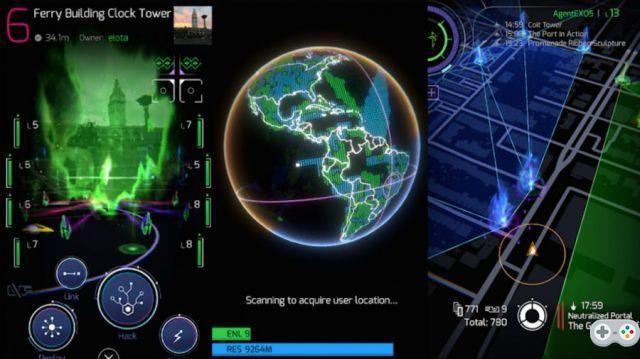 If you like Pokémon Go, you should try Niantic's first GPS game, Ingress, which was recently rebooted as Ingress Prime. In what's a common theme for augmented reality games, there's a secret world lurking behind our daily lives, with exotic materials springing into our reality at various hotspots. In a clever post-hoc rationale, these hotspots appear at cultural markers in major population centers because humans are naturally drawn to them.

Two rival groups of conspiracy theorists are also drawn in who will recruit you to use your phone as a scanner to control the fields of influence. The old guard aren't happy with the new changes to Ingress, but for a brand new player, they may be welcome. The interface is smoother and a bit flashier (at the expense of data usage). 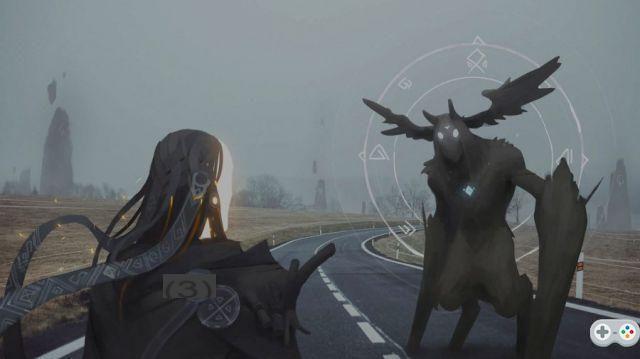 Another recent GPS MMO is Maguss, which certainly doesn't try to make the player feel like they're in the world of Harry Potter. This is a highly polished RPG with unique combat and potion brewing systems. You choose spells like cards and have a limited number of slots for each combat round, which are turn-based. Then you use your fingers to draw the spells you want to cast.

The developers are apparently working on a magic wand peripheral for when you want to stop playing games and really go LARP. Maguss is also unique in that it has real PvP combat. However, this is definitely not a Harry Potter game. We cannot stress this enough. Maguss may be a secret world of magic, and has four rival schools and magic wands, but that's no way to live out your Hogwarts fantasies in the real world. Find more games like Maguss on our list of the best mobile RPGs! 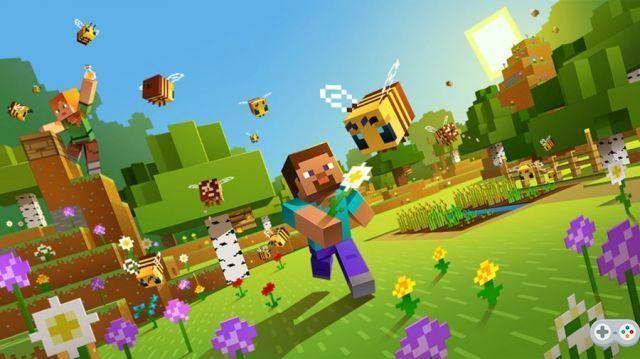 Minecraft Earth offers a pretty original take on the location-based formula. Effectively, it's Minecraft as you know and love it, except you can take it with you. The big feature is the ability to take your creations with you wherever you go, and launch them into the real world using the power of AR. Then you and your friends can collaborate or just explore them together.

The rest of the experience is quite similar to Pokémon Go. You'll walk around in the real world while your blocky character does the same thing on screen. You can pick up resources which you can use to build stuff and go on adventures that involve fighting monsters. Hope you pick up a rare item along the way. You can also stay up to date with all the upcoming changes by using our Minecraft Earth update guide. 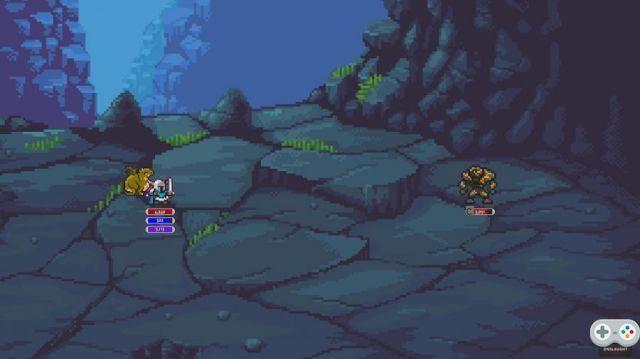 A new kid on the block is Orna, which essentially takes your classic SNES JRPG gameplay and puts it into a map of your current neighborhood. It's Dragon Warrior, but instead of straining your thumbs looking for random encounters, you'll be wearing out your feet. There are also some multiplayer aspects where characters can grow strong enough to become a duke of their region and be challenged by other players, and the ability to form parties to cooperate. 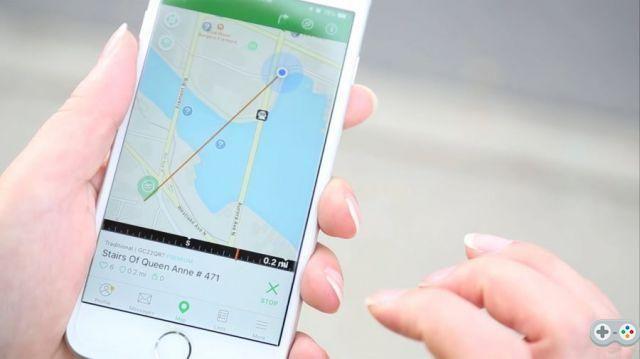 Geocaching dates back to the days when GPS units were expensive contraptions mostly used by rangers, which we don't forget is built into our phones and constantly watching us like SKYNET. It's a simple game of going to a specific GPS location and finding a hidden package, at the start.

Each geocache is hidden by another player, and some of them like to set up puzzles. Unlike most GPS games, geocaching is an organized tour of your surroundings. The standard application is Geocaching, based on geocaching.com. The game has a freemium model where many caches are free, but some you will need a subscription for. More so than the other games on this list, Geocaching is the way to really explore your surroundings. It should be noted that there are many different apps that connect to the geocache database, however. 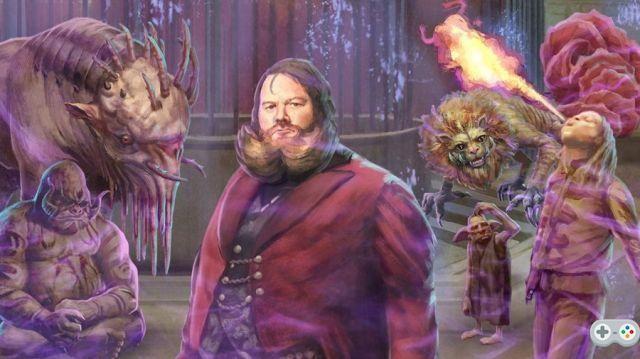 You will participate in combat, perform spells with a series of swipes, collect items from nearby locations, and craft potions that improve your abilities. If you love Harry Potter more than you do Pokemon, it's worth checking out. Be sure to check out our Harry Potter: Wizards Unite guide for beginner tips! 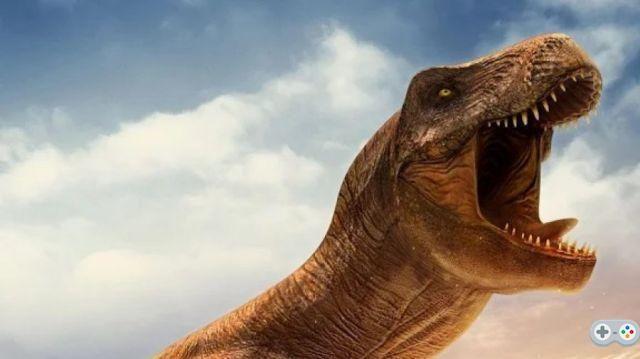 If you're as much of a big wooden dino fan as we are, then Jurassic World Alive is the perfect augmented reality game for you. What better version of reality exists than watching a t-rex stomping around your neighborhood? In Jurassic World Alive, you'll explore the world collecting dinosaur DNA, which you'll then use to create the perfect team of dinosaurs to take on other players in real-time matches. 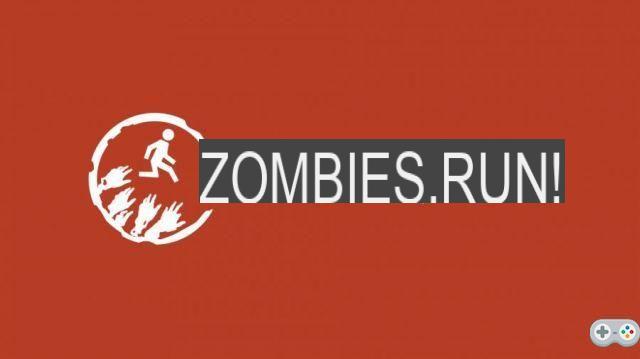 Do you like zombies? Do you struggle to find the motivation to exercise? So "Zombies, Run!" Is honestly your dream game. Complete missions as you travel the world and outrun the zombies on your heels, getting fit and also allowing you to keep your precious, albeit delicious, brains.

add a comment of The best location-based mobile games