On this page of guide Dragon Ball Z Kakarot, you will discover the complete progress of the Frieza Saga - Episode 6.

All Dragon Balls
With Son Gohan, head towards Frieza’s ship (pictures1and2). Then eliminate Captain Ginyu in the guise of Son Goku, as well as Jeice (picture3).

The magic formula
You can now take care of the secondary story Melone, the rebel cook. Then head towards the Dean’s house (pictures4and5). On the road, you cross Dende and a scene is triggered.

The Terrifying Emperor
After a long scene, Son Gohan and Vegeta must face Frieza’s second form (picture6). Dodge quickly when Frieza launches his deadly explosion (picture7): he will send you several energy balls.


To inflict maximum damage on him, try to knock him down with a Meteor Blow, then simultaneously launch a Masenko (or a Super Masenko) with Son Gohan, and a Garric Cannon with Vegeta (picture8). 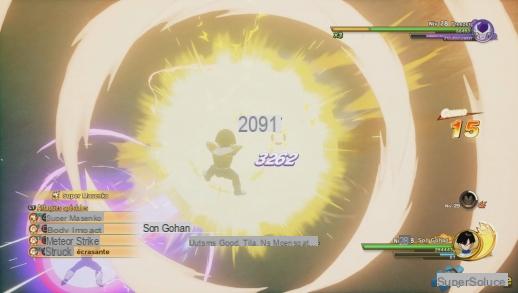 Piccolo à la rescousse!
You now play as Piccolo. During a scene, Piccolo merges with Nail, which allows you to obtain Nail’s Soul Emblem (picture9). Then join Son Gohan and Vegeta (pictures10and11).

A fearsome new form
When you arrive there, you must defeat Frieza using Piccolo’s techniques (picture12). The first encounter will be no problem. 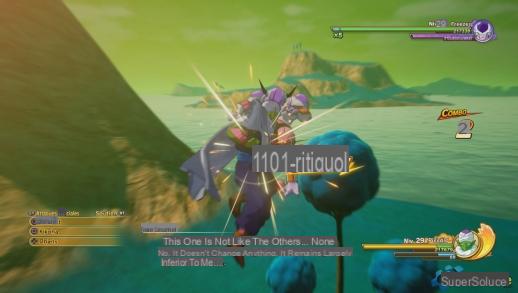 Following your victory, Frieza transforms again (picture13), and a new fight begins (picture14). This time Piccolo is not fighting alone, you can use Son Gohan's support attacks.