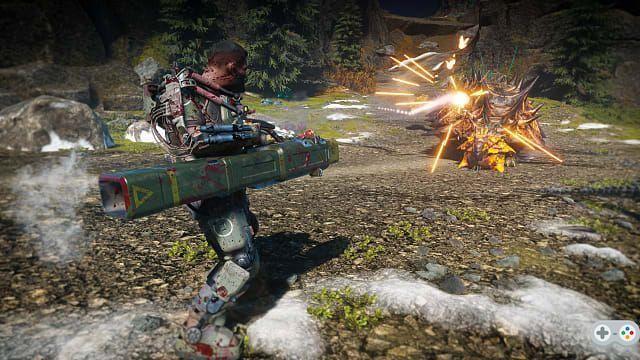 Developed by Systemic Reaction, Second Extinction is a co-op first-person dino shooter that released in Steam Early Access in October 2020 and has grown significantly in player count and content since then. . The shooter is now available on Xbox and PC in preview via Xbox Game Pass.

This release comes with a new content update with a new playable character, new tutorial, and new rewards for players to earn.

Second Extinction pits teams of three against swarms of dinosaurs roaming the post-apocalyptic world. The game features a wide variety of weapons and abilities to fight your prehistoric enemies, who have become even better killing machines than they already were.

Interestingly, the cooperative aspect of the game goes beyond your own team. There is a metagame in Second Extinction where completing missions and activities directly impacts the threat level and challenges other players face.

We liked Second Extinction when we checked it out early in its lifecycle. We praised it for its "fast and smooth shooter, perfectly designed for complementary heroes in co-op." [that] allow for varied squads, [and] addictive leveling system with great rewards. "