Author and references
The last player of the month is now available for unlocking in Ultimate Team, this time it is an attacking midfielder from Montpellier. Here are the cheapest FIFA 22 Téji Savanier Ligue 1 December POTM SBC solutions, rewards and stats. 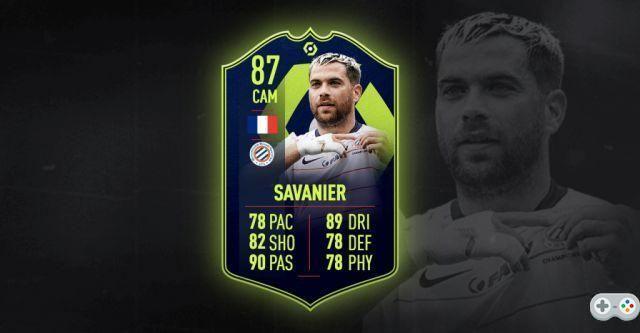 December was an action-packed month in the French top flight with so many impressive performances by teams and individuals. After Ultimate Team players had a brief voting period, the time has come to award the December League 1 POTM SBC.

The selection is on and FUT 22 players have elected Téji Savanier from Montpellier as the recipient of the award. The French don't. 10 provided two goals and two assists to lift his team to ninth place in the table.

At 87 OVR, this is an impressive CAM card, and the new SBC is now available for unlocking. Here are the cheapest FIFA 22 Téji Savanier Ligue 1 December POTM SBC solutions, rewards and stats.

The FIFA 22 Téji Savanier December Ligue 1 POTM SBC is quite simple to complete as it only instructs players to submit two teams. In total, this SBC should cost you between 72 and 84 FUT coins, depending on the platform.

Notes: This POTM SBC card is not tradable, which means it cannot be sold on the FUT transfer market. All prices are courtesy of FUTBIN and are subject to change.

In total, this team should cost you between 22,5 and 24,3 FUT Coins, depending on the platform.

In total, this team should cost you between 49,6 and 58,4 FUT Coins, depending on the platform.

With a +7 OVR rating boost from his base 80 OVR Gold card, this CAM carries 4* Skill Moves and the Weak Foot ability. Use a Hunter, Hawk or Engine card to increase the pace even further (78) and this will be a terrific attacking midfielder to include in your lineup.

The best central midfielders to buy in FIFA 22 Ultimate Team