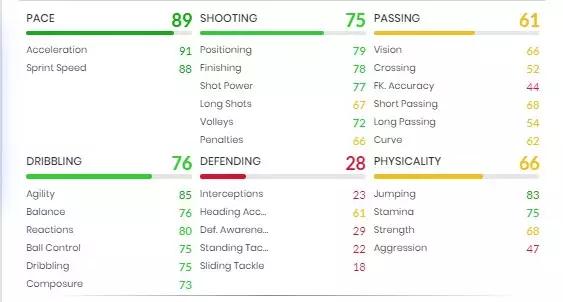 Badou joins Monaco after four goal-packed seasons with AZ Alkmaar and has all the attributes to make an instant impact in Ligue 1.

FIFA 22's Ones to Watch (OTW) promo kicks off, so far we've had two superstar squads released in packs and a handful of players released through Squad Building Challenges and Objectives.

Yesterday saw the release of two of PSG's successful new signings with Messi and Sergio Ramos both available via packs. Joining them via an SBC was another of PSG's summer signings with Wiljnadum available for those wishing to build the squads.

For those unfamiliar, OTWs are especially good to grab at the start of the game, as if they have the same stats as the base version of the same player, OTWs will increase in stats each time the player is picked in team of the week or honored with a player of the month award.

And that's why today's outing is particularly exciting, as Myron Boadu doesn't quite have the stature of some of the players mentioned here, the striker, who signed for AS Monaco this summer are a hotly anticipated prospect and have just come off the return of two goal-packed seasons with AZ Alkmaar. Rated 76 OVR and possessing blistering pace, polished dribbling and sharp shooting, the Dutchman has all the potential to be the next big thing for club and country.

If you want to make it part of your Ultimate Team, we show you how to do it for the cheapest possible.

Bringing Boadu into your Ultimate Team means completing just two SBCs, for a total of 16 coins depending on the platform.


Here are the requirements, the cheapest solutions, and the rewards for both.

Notes: All prices are courtesy of FUTBIN and subject to change.

This team will cost around 5k depending on the platform.

This team will cost between 10 and 12 depending on the platform.

Check out the FIFA 22 hub for more news and guides on everyone's favorite football game.