Far Cry 5: The collector's editions of the game

Author and references
Our articles on Far Cry 5 Far Cry 5: Collector's editions of the game Far Cry 5 will be available on March 27 in several editions, often collector's items, including additional content for the game.

The fifth installment of the Far Cry saga will be available on March 27. However, you can already pre-order the game through the various distribution networks. However, be aware that as usual with Ubisoft, many editions of the game are available. Here is our guide to discover the different editions of Far Cry 5.

If you preorder the standard edition, you will get in addition to the full game, the Apocalypse Survivor Pack including an outfit, consumables as well as many weapon and vehicle skins. 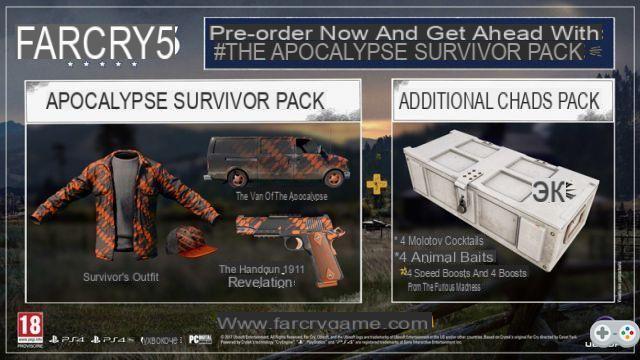 → Additionally, if you pre-order the game on PlayStation 4 and Xbox One, you will also get the "Flower of Bliss" Air Freshener.

In addition to the bonuses of the standard edition, the Deluxe version includes many exclusive skin packs as well as weapons and consumables (explosives). 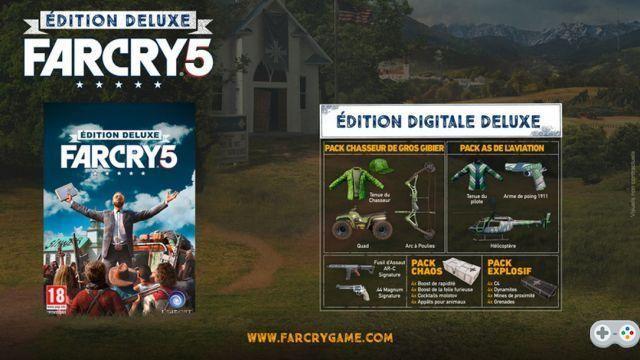 → The Big Game Hunter Pack with a quad skin, an outfit and a composite compound bow.

→ The Air Force Ace Pack with a pilot outfit and a 1911 and helicopter skin.

→ Two exclusive skins on a 44 Magnum and an AR-C Assault Rifle. 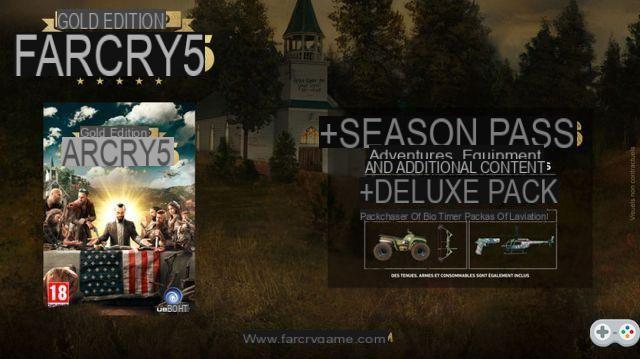 The Gold edition includes all the bonuses of the Deluxe edition as well as the Season Pass and the Sniper MBP rifle.

→ All the bonuses of the Deluxe edition. 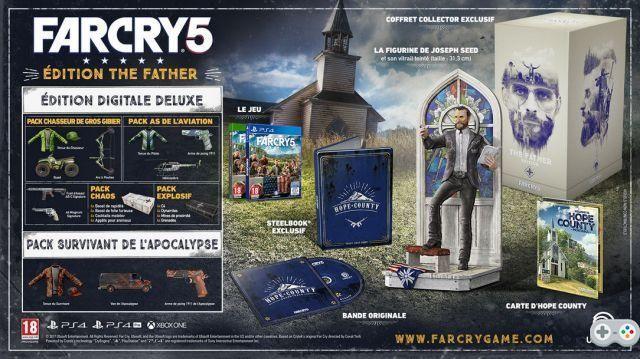 Here we speak to the true fans of the series who will want to preserve physical memories of their adventures on the fifth opus of Far Cry. In addition to all the bonuses from previous editions, this one has a chest including a figurine as well as a map and a booklet on the game. Note that it is only available on the Ubisoft website and limited to 6000 products.

→ A map of the playing area.

→ The soundtrack on CD. 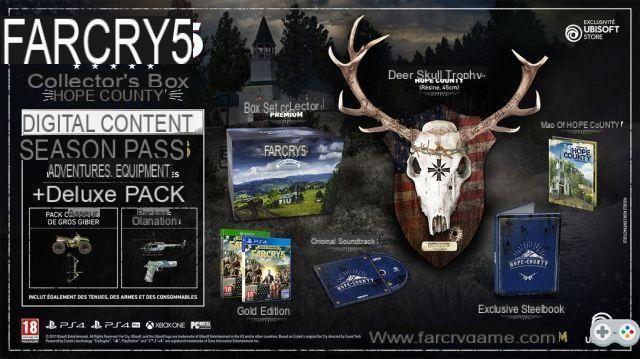 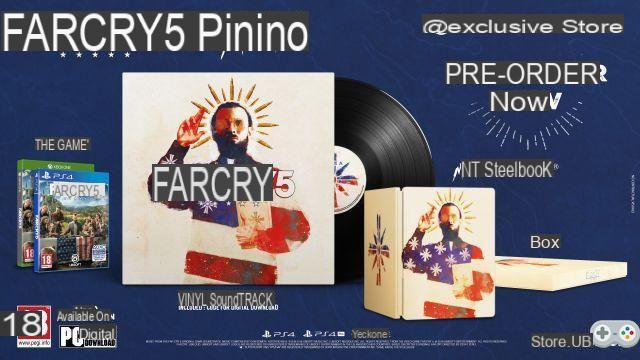 This version is quite special since it does not include any exclusive in-game advantage but has specific packaging including a metal box and a vinyl record of the game's soundtrack (a code is available to download the titles in digital versions). Exclusive to the Ubisoft store.

→ A vinyl of the game's soundtrack.

→ A 125-page book by Joseph Seed (for any pre-order of the game in this version).

Note that depending on the country, some stores have their own exclusive version, such as GameStop in the United States. The seller offers the Resistance edition at $200 which has the advantages of the Gold edition as well as many objects such as a figurine of the resistance, postcards or even a bandana.

Far Cry 6 shock therapy, how to complete the mission?

Far Cry 6 rising tide, what order to get the treasure?

add a comment of Far Cry 5: The collector's editions of the game