Valheim: How to start well? Here are some tips 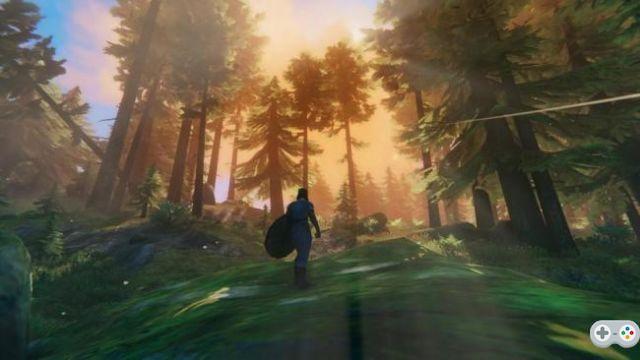 If you are still a novice with Valheim, we bring you some tips and tricks to get started in the best way on this open world survival game. Valheim made a timid appearance on Steam, with little hype, but that didn't stop it from becoming one of the most played games in the days that followed, allowing it to settle at the top of the list. best-selling games on Valve's platform. If you've been seduced, but you don't really know where to start, here is some tips for a good start in Valheim.

Valheim, tips for a good start

First, a review of the experience offered by Valheim. Qualified as a survival game, we will find some very basic elements of the genre, such as health, hunger and crafting, but without being as advanced as other games of the genre, such as Rust or Ark. Here, everything is done so that the player is not lost, while still having to be careful not to see his hunger bar go down, although this is not necessarily fatal.

The finger here is mainly on exploration and combat, in an open world generated in a procedural way (random). Valheim is playable both solo and cooperatively.

Now let's get to the heart of the matter. As in any good survival game, you will appear completely naked, without any resources, you will have to create everything on your own.

Therefore, we advise you to harvest everything you can find on the ground. Whether it's raw materials (wood or stone for example) or food, this will be very useful to you in your first hours of play. By walking around after spawning, you should have no trouble finding enough resources to take the next step in your adventure.

Valheim features RPG aspects, with skills that can be leveled up over time. However, here Iron Gate allows players to increase skills just by playing and completing the precise task. Because of this, if you want to increase your jump skill, you just have to jump. Quite simple then, since it will happen quite naturally.

However, if you don't know which ones to focus on at first, we advise you to focus on the basic skills, namely jumping and running, or chopping wood.

You can then create armor for yourself to be more resistant, but also make other weapons as you collect resources, such as bows for long-distance combat or hunting. After a few hours and a crafted hoe, you can build your base. For food, meat will give you more points than fruit, so don't neglect the hunt.

Note that you will not be lost when you land in Valheim, since a crow will guide you during your first hours of play, in order to help you.


Valheim is, as a reminder, available in early access on Steam since February 2. If you want more information about Valheim or join an active community to share pleasant moments with other players.
Audio Video Valheim: How to start well? Here are some tips
Valheim: How to destroy useless objects/items? ❯

Valheim: How to get wolf armor?

Valheim: How to get the fishing rod?

Valheim: Eikthyr, how do you defeat the first boss?

add a comment of Valheim: How to start well? Here are some tips