Valheim: Boats, Drakkar (langskip) and Karve, how to make them?

Author and references
The boats, and in particular the Drakkar (langskip), will be very useful to you in Valheim, but it is not necessarily easy to unlock them. Find all the steps to follow to make them and go exploring. Pretty soon, you'll need to navigate the sometimes treacherous waters of Valheim to discover other resources, different from those present on your home island. If, at the beginning, you can sail through a raft on the rivers, you will have to move up a gear, in particular to meet the second boss, who will then allow you to unlock new resources.

We offer you, below, a complete return on the boats of the game, so that you know how to make them.

As we told you below, you will have to make boats to be able to discover the gigantic world of Valheim. Moreover, very quickly, from the very beginning, you will be able to create a raft, a small raft that will allow you to explore via rivers and small streams around your base, but given its low speed , we advise you not to go out to sea with it. 20 wood, 6 pieces of leather and 10 resins are enough to make it. 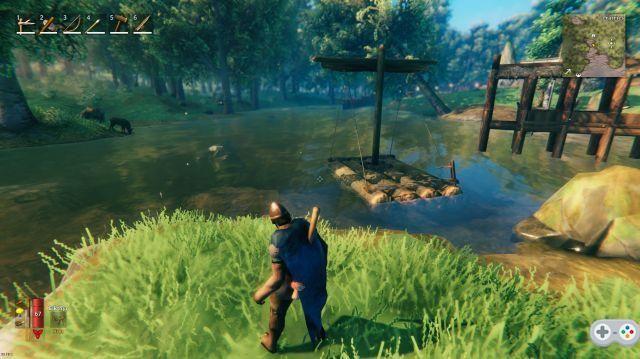 However, to move to the model above, things get complicated.

This more robust boat will allow you to travel up to four players, but also to store some resources, since it has a chest with 4 slots. To craft it, you will need the following items: 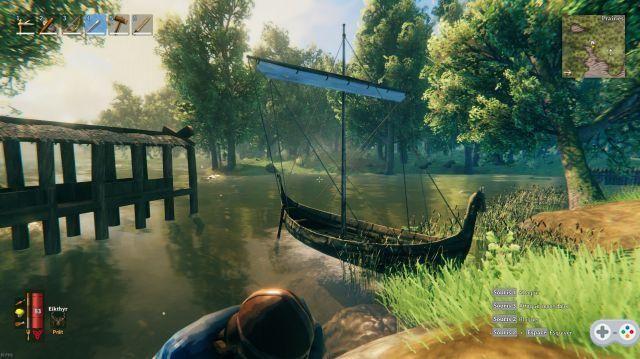 You should normally unlock this construction fairly quickly, which will allow you to cross the seas without too much difficulty, although storms must be avoided, of course. This boat is much faster than the raft and will be of great help to you, until the moment when you unlock the Drakkar.

At the time these lines are written, it is the best boat in Valheim. In addition to being particularly solid (1000 health points), it will be even faster than other ships, and offers no less than 18 slots for your resources, allowing you to go exploring without worrying about the space you have.

To unlock the Drakkar, you must have defeated the second boss, to find iron, which is present in the swamps in particular, but also old bark, found in this same biome, which can be particularly dangerous. Go well equipped. Here is the list of materials you will need for build the langskip, called by players Drakkar :

Once the Drakkar built, you can explore the world of Valheim like a real Viking. If you want more information about Valheim or join an active community to share pleasant moments with other players.
Audio Video Valheim: Boats, Drakkar (langskip) and Karve, how to make them?
Valheim: Hearts of Surtling, where and how to find them? ❯

Valheim: How to get wolf armor?

Valheim: How to get the fishing rod?

Valheim: Eikthyr, how do you defeat the first boss?

add a comment of Valheim: Boats, Drakkar (langskip) and Karve, how to make them?