Twitter Fall Guys, where to find all the info about the game? 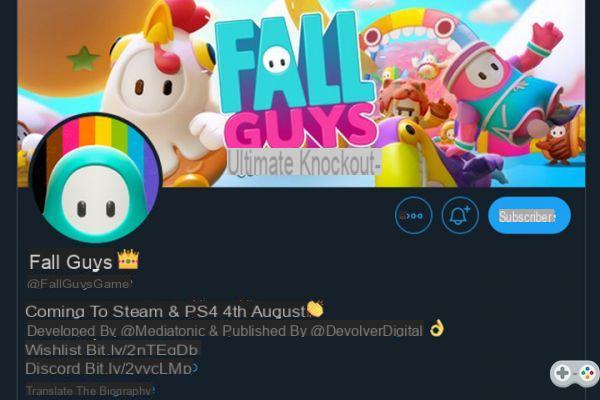 Fall Guys is a Party Game released this Tuesday, August 4, 2020! The game is such a hit that the servers are already having trouble with too many players trying to connect to the game, so it can be interesting to follow what's going on in the game live.

To be aware of Fall Guys news, the first account to follow is the main account. It transmits live everything that happens in the game, but also additional information, such as the next new features to come. This account is as follows:

To find out more about the state of the servers when the game is malfunctioning, you can go directly to the dedicated account:

By following these three accounts, you should normally be aware of all the news of Fall Guys in real time, and understand why the game does not work when you try to play!

Audio Video Twitter Fall Guys, where to find all the info about the game?
A heart to take ❯

Fall Guys: Maintenance and servers down to Friday, August 7, 2020

Crossplay and crossplatform in Fall Guys, can we play between PC and PS4?

Fall Guys PS4, how to play the game on PlayStation?