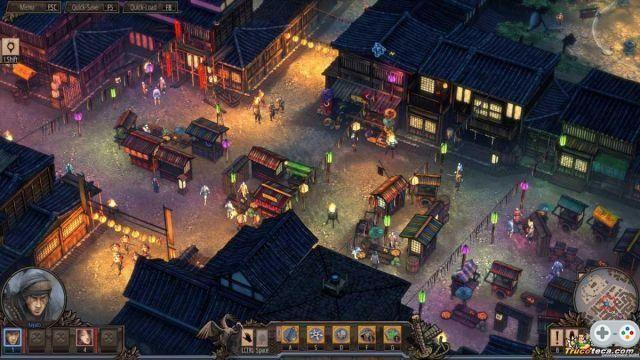 In Shadow Tactics you will be able to have access to the developer command. This command will then allow you to cheat on the game by moving your character to any location on the map, instantly kill an enemy who will block your way or even become totally invisible!


Go to options and type "honorless". A message will then appear on the screen telling you that the cheat is active. The table below will show you the different codes that you will be able to use in the game.

Be aware that if you want to quickly unlock all the missions of the game. Go to the "userData.save" file via the path where you installed the game, example: C:UsersYour_NameAppDataLocalDaedalic Entertainment GmbHShadow Tactics Blades of the Shogunuser

This first tip will show you via a video how to complete all levels of the game as quickly as possible. Thanks to this one you will see how not to waste time, pass all the levels without saving and abuse certain sequences. For example, you will be able to defeat the very last enemy in the game during the 13th mission without launching the script that will send the Emperor to the top of the tower and therefore complete this mission in less than 3 minutes!

Video of all Shadow Tactics missions (game finished in less than 1h40):

add a comment of Tricks Shadow Tactics : Blades of the Shogun