In Animal Crossing: New Horizons Happy Home Paradise, you can build vacation homes for villagers and special characters. Once you get far enough through the DLC, you can also choose multiple characters to occupy a single vacation home. This feature is called roommates.

While you can get any villager together in a holiday home, there are sure to be ideal pairs that go together perfectly. There are also fixed pairs for special characters, which will also be included in our list. Note that for special pairings, you will need Amiibo figures or cards. 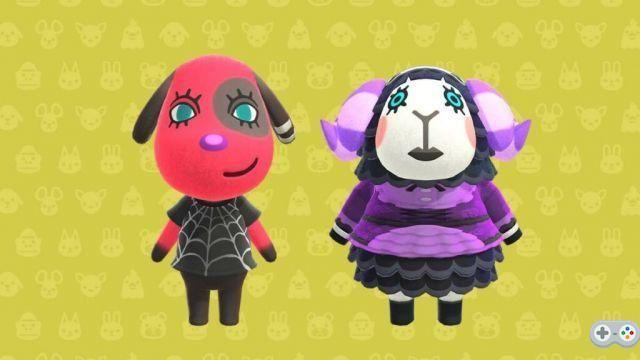 Alternate fashion comes alive (or undead) in a house for Cherry and Muffy. Cherry is chic and runway gothic fashion, while Muffy is traditional gothic and Lolita fashion. Together they have an impressive amount of gothic energy. Moreover, they are both sister villagers, they also get along very well. 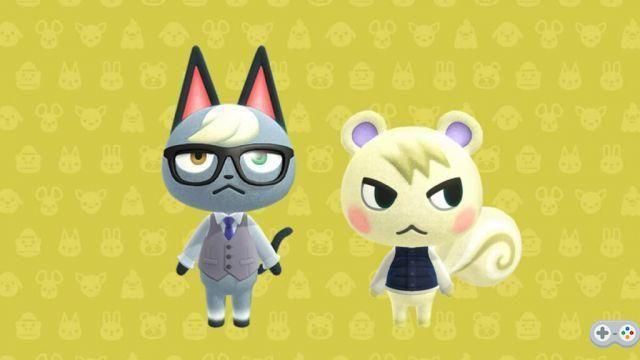 This Smug duo have been the subject of fanart, fanfiction, and more since Animal Crossing: New Horizons began. Whether you love them as friends or more, there's no denying that these fan favorites quite fit the bill. 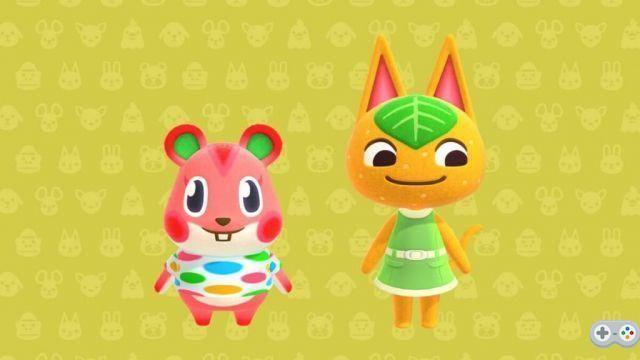 Fruit. Fruit everywhere. Create a bright and colorful fruity house for these fruit-themed Peppy villagers. You can mix all the fruits together in one theme, or split the build into two themes: half sweet and half citrine. Neither of these plans is better than the other, however. After all, they are apples and oranges. 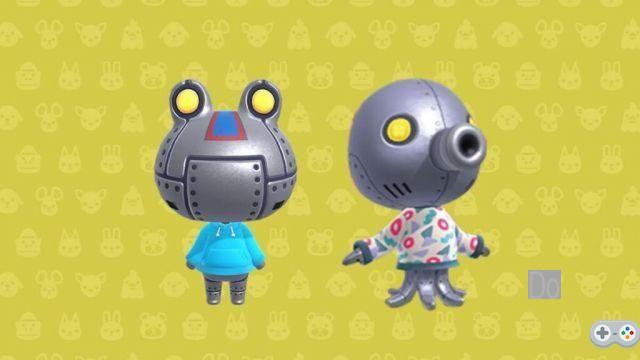 No captcha testing is allowed here at Ribbot and Cephalobot. Although there is a third robot villager, these two have the most similar aesthetics and look great as roommates. A futuristic and/or very industrial home is ideal for this couple, also trying to add the Space Soundscape! 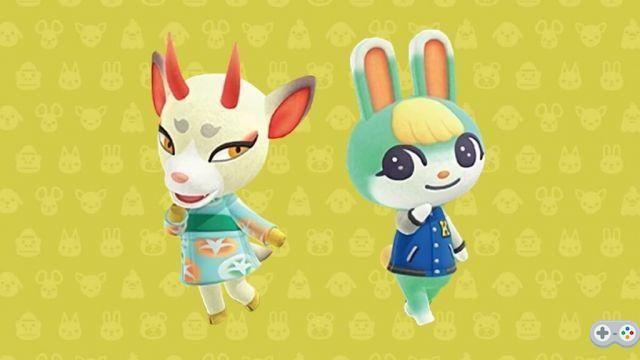 Although at first glance you might not know why these two were brought together, with a quick online search it will all make sense. These two were fan favorites from the free 2.0 update, and because of that, everyone started collecting them. Even if only by accident, the Shino-Sasha bond is iconic.

Related: All types of gyroids in Animal Crossing: New Horizons 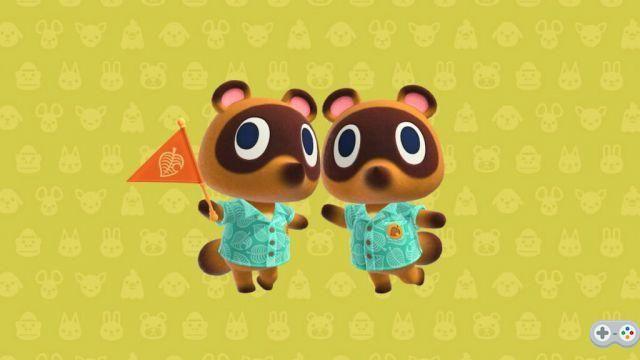 Our first fixed pair of special characters in the list are Timmy and Tommy. These twin brothers are small and adorable. As seen in the original DLC trailer, Timmy and Tommy automatically share a house when invited.

Pairing: Timmy and Tommy are a fixed pair and cannot be separated.

Amiibo Required: You only need Timmy's or Tommy's amiibo to get both. 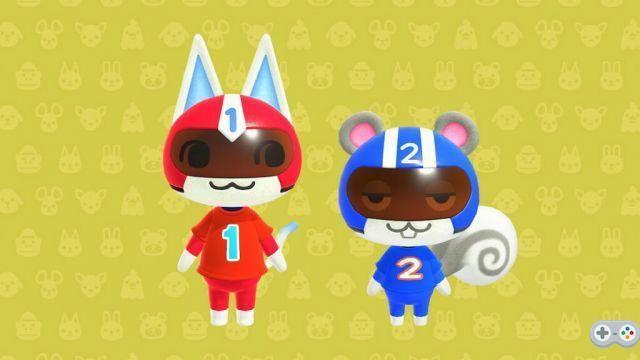 What better dynamic duo than a superhero and his sidekick? Although Agent S isn't officially a sidekick to Kid Cat, that's how lore and fans strongly portray them. They also both want to have a secret vacation home, so you can make them both happy with a shared base. 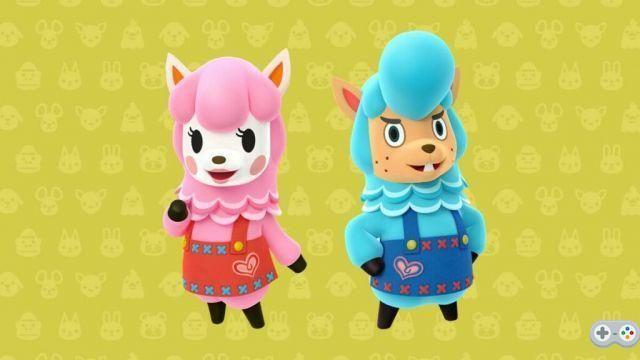 Our second fixed pair of special characters are the husband and wife duo themselves, Reese and Cyrus. If you invite one, they will spring from the other when you invite them, and once construction is complete, they will live as a couple in the house.

Pairing Information: Reese and Cyrus are a fixed pair and cannot be separated.

Amiibo Required: You only need Reese's or Cyrus' amiibo to get both. 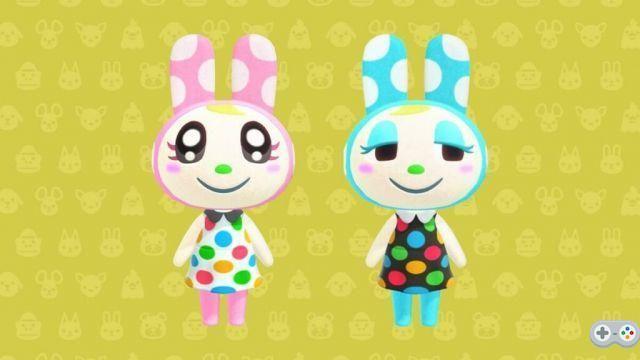 Chrissy and Francine are the only confirmed sibling villager pair in Animal Crossing, as all the other sibling duos are special characters. Sisters and roommates is an unbeatable combination. Moreover, their common aesthetic? So cute. 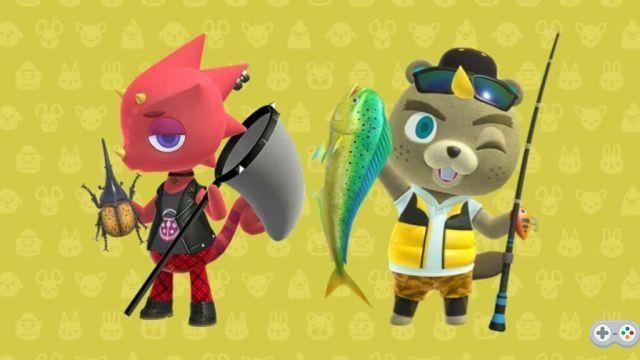 Here they are. Our number one pick for the best housemates in the game: Flick and CJ! Like Reese and Cyrus, Flick and CJ live together, so if you want to make it a vacation home, it will be a vacation home for two. These two characters have been fan favorites since their debut with the launch of Animal Crossing: New Horizons. They are respectively the new hosts of the Bug Off and the Fishing Tournament.

Since the launch, there has been a lot of speculation about the nature of their relationship. Although they are officially referred to as "business partners", due to the amount of subtext present, many fans consider them to be dating. But whether you see them as lovers, friends, or even something in between, they're actually roommates. And the fact that they're a fixed pair only adds to why so many fans love them together.

Pairing: Flick and CJ form a fixed pair and cannot be separated.

Amiibo Required: You only need Flick or CJ's amiibo to get both.

All special characters either have a set roommate that they bring automatically, or they will only live alone and refuse any roommate requests. As adorable as that might be, you can't house Orville and Wilbur, Isabelle and Digby, Tom Nook and Redd, or Celeste and Blathers together.

Remember that this only applies to special characters; all village characters can be paired with any other village character, even if their personality types don't get along. However, just because you can, doesn't necessarily mean you should.

Not all of the great pairing duos made the list, so we want to quickly thank a few who just missed the cut.

Did we miss anyone? Which group of roommates do you prefer?