Sus Among Us, what does this expression mean when we play? 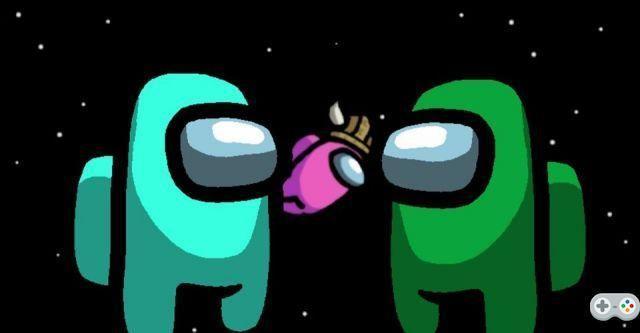 Sus Among Us, what does this expression mean when we play? In Among Us, the expression "sus" is sometimes misunderstood but very useful. We explain what it means and how to use it.

Dance Among Us, the goal is to spot weird or suspicious players and report their behavior to others. It is necessary to be able to write quickly and simply with for example a mobile keyboard with which it is rather difficult to write. There is a majority of players on mobile because the game is offered for free while on computer, the game is around 3€ on Steam.

To overcome communication difficulties, players have set up a "code" word to expose an impostor. This word is “sus”.

What does "sus" mean in Among Us?

To remedy this handicap, there are expressions or diminutives to give information quickly. Among them, there is “sus”. It comes from the English "suspicious" which means suspicious. This phrase is used by some Among Us players to refer to another suspicious player.

For example, if a so-called "crewmate" searches for bottles at O2 or does a download and leaves after 1 second. There are then two possibilities: either he faked a quest or he stopped it. On can then go buzzer and say that this "crewmate" is "sus", therefore suspected of being an impostor. With this, even mobile gamers will be able to communicate inform others or defend themselves against accusations.


This diminutive is quick and easy to write which makes it an extremely practical expression. We advise you to use it whether you play on mobile or computer, this shortcut is really interesting!

Audio Video Sus Among Us, what does this expression mean when we play?
8 Ball Pool Download: How To Get It On Mobile ❯

Kotei & Kameto Among Us guide, rules, tutorial and strats

Cupid Among Us mode: how to install and play it?

add a comment of Sus Among Us, what does this expression mean when we play?