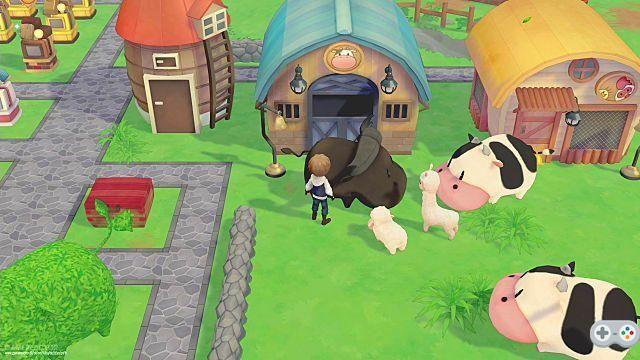 XSEED has announced that Story of Seasons: Pioneers of Olive Town will be released on September 15 on PC. Both the game and its Expansion Pass are available at a discount for those who pre-order.

The Pioneers of Olive Town Expansion Pass includes a number of new areas, characters and more that expand the confines of Marvelous' latest farming odyssey beyond the narrow confines of Olive Town and reintroduce some familiar faces to long-time fans. dated.

Princess Sakuna's new DLC collaboration Heavenly Garb, featuring elements from Sakuna: Of Rice and Ruin, will also launch on September 15 for both platforms. You can have the outfit ordered at the Beauty Salon once this building is complete, and the DLC is free until March 2022.

Pioneers of Olive Town tasks you, once again, with restoring your grandfather's dilapidated farmhouse. This time you are all alone in the wild and have to craft almost everything you need.

You also help restore Olive Town and bring it to new heights by fulfilling the demands of the city. We thought some of the new features didn't add much to the experience, but content and stability updates have smoothed out some of its more difficult aspects.

Audio Video Story of Seasons: Pioneers of Olive Town coming soon to PC
Sus Among Us, what does this expression mean when we play? ❯

add a comment of Story of Seasons: Pioneers of Olive Town coming soon to PC