In this part of the walkthrough devoted to Dragon Ball Z Kakarot, we are going to reveal the complete progress of the Saga Buu - Episode 7. 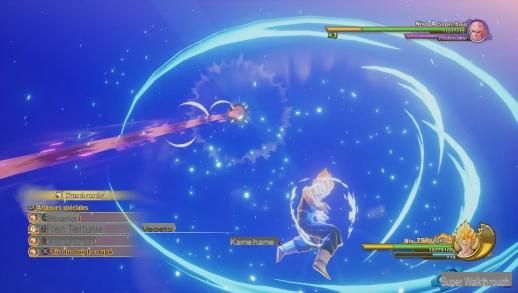 A sinister fog
Approach Buu to start a new fight (picture5). Be careful, if you agree to start the fight, the events follow one another until the end of the game (picture6). So be well prepared before embarking on this confrontation: finish your training, buy healing items, gain a few levels...

pure evil
Son Goku must defeat Child Buu. When he uses his separation attack (picture7), Buu creates several clones of himself. Get rid of his clones quickly (picture8).

Avoid his offensive roll (picture9), and attack him quickly when he prepares a Kamehameha (picture10).

The most painful attack is the candy ray (picture11), which paralyzes you for several seconds (picture12). Try to avoid this attack to avoid taking too much damage.

Finally, when Buu launches his planetary explosion (picture13), quickly get out of the impact zone (picture14), and take advantage of the end of the animation to attack the boss (picture15).