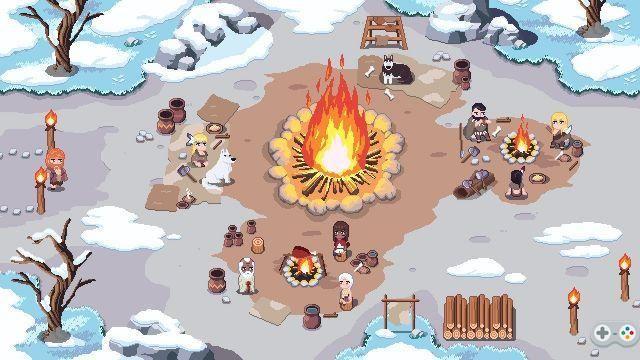 More than a month after its release, Animal Crossing: New Horizons is still by far the most talked about video game on social media. The impact it's had during these uncertain times is astronomical, but sadly there's nothing quite like it on PlayStation 4. Developer Soda Den is trying to change that with Roots of Pacha, an experience that takes on the laid-back vibes of the Nintendo Switch exclusive and sets in the Stone Age. Additionally, it will be coming to PlayStation 5 alongside a current-gen release in 2021.

As the trailer above indicates, Roots of Pacha is all about building a village that will stand the test of time. You'll need to pick and grow vegetables from around your camp, befriend pets, and fish for aquatic life rather than eggs. I curse you, Zipper. Anyway, you will also be able to develop friendships with those around you and invite friends to join your clan. Customization also plays a role, as your character and the village itself can be changed to your liking. We don't know if Roots of Pasha will have its own Tom Nook and Isabelle - Stone Age isn't exactly known for debt and loans.


Do you like the look of Roots of Pacha? Let us know in the comments below.

Animal Crossing: Pocket Camp - How to Get Reissue Materials

Animal Crossing New Horizons - How to Catch a Mahi-Mahi

How to get a 3 star island in Animal Crossing: New Horizons?

How to get more storage in Animal Crossing New Horizons

add a comment of Roots of Pacha takes Animal Crossing to the Stone Age, comes to PS5, PS4