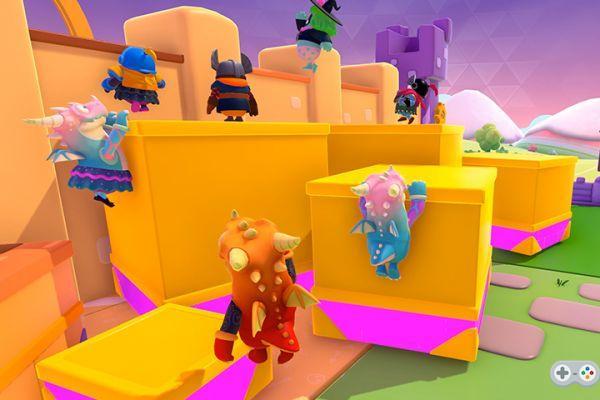 New Fall Guys maps in season 2, preview A preview of Fall Guys season 2 was presented during Gamescom, and new maps will be released!

Last night was the opening ceremony of Gamescom, during which announcements were made on various games. This is particularly the case of Fall Guys, which was able to present a preview of its season 2, which will be on the theme of the Middle Ages! New maps will be released, as well as new skins and new emotes.

Fall Guys Season 2 was briefly previewed during the Gamescom 2020 Opening Ceremony this Thursday, August 27. On the theme of the Middle Ages, this new season will take us among dragons, medieval fortresses, and knights, with the different skins that have been presented.

But that's not all, since the immersion in this era will also be done through the new maps, which will be released for the occasion. In total, 6 maps were presented in the trailer. At the moment, we only have visuals, and no additional official information has been given.

Find the visual of the six maps below:

A little gameplay on the different maps is also present in the presentation video, which you can find in full below. With the different fortresses, wooden towers and palisades, the theme Medieval is totally respected for this season 2 of Fall Guys, which should arrive on October 6th.