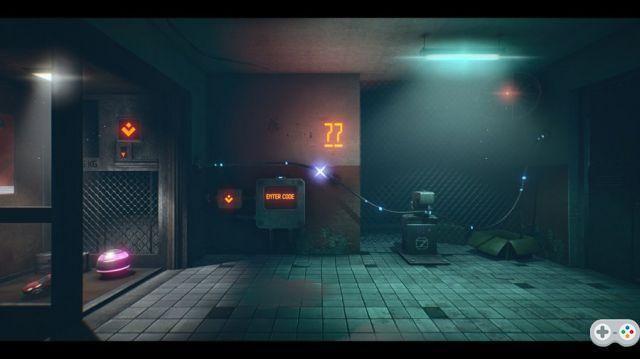 If you're a fan of Playdead's mysterious 2.5D puzzle platformers like Inside, you might be interested in 7th Sector. It follows a similar design pattern, although instead of playing a young boy, you'll play as, uh, an electric current? It seems that the player character is stuck in the power grid of a spooky town, and jumping between wires and other powered objects will make you bold.

It's unusual, but it mostly works. You'll progress through intriguing environments confined to cables, monitors, and machinery as you progress. Different puzzles block your way. Some are very simple, but others are incredibly obtuse and will leave you confused for quite a while. Sometimes trial and error is the best way to go, which is rarely enjoyable. You'll also encounter hostile bots and other forces, especially in the latter half of the game, but these encounters are more frustrating than exciting – death can come quickly, and sometimes it seems there's no way to. avoid it.

You can also find optional puzzles through which to unlock concept art, which is nice, but it can be hard to tell what's optional and what's not, leading to easily missed extras. . The atmosphere is perhaps the game's best achievement, however, with an eerie synth soundtrack and spooky environmental storytelling going on around you. It does just enough to keep you curious, but it's held back by overly difficult puzzles and enemies. It's not as smooth as Playdead's efforts, but it absolutely sings from the same hymn sheet. If you like this brand of weird, wordless narrative adventures, it might be worth tuning into the 7th Sector.

Scoring policy
Review the copy provided by Sometimes You