How to push on Fall Guys? 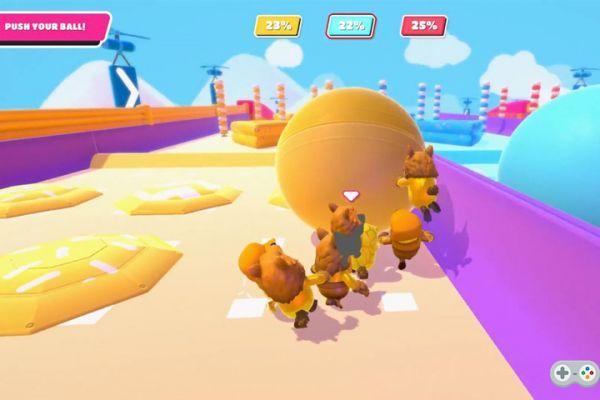 How to push on Fall Guys? On Fall Guys, it will be interesting to use the thrust to be able to get rid of some of your opponents or move objects forward, so find out how to do it in this guide.

Fall Guys has been talked about a lot since its release on August 4 on PC and PS4.

However since the title of Mediatonic and Devolver Digital is available, many players are wondering how to push an opponent off the map, find out how to do it below.

How to push on Fall Guys?

In Fall Guys, there is no real button or command to push an opponent.

If you grab a player, it's all about timing, since you will have to stand near an obstacle that can cause your opponents to fall and grab it and then let go quickly enough so as not to fall with it.

As for the objects, you are asked during certain tests of push balls in order to progress. For it, the keys do not change, the RT key on an Xbox One controller, R2 on a PS4 controller, and Shift on your PC keyboard.

Then just press your key to move forward once the object has been entered in your hands.

In the meantime, don't forget that Fall Guys is available since August 4 on PC and PS4 and that it is elsewhere free on the Sony platform for a limited time for PS+ subscribers.

Audio Video How to push on Fall Guys?
How to preload Days Gone on PC ❯

add a comment of How to push on Fall Guys?