Have the best village hdv 10 in clash of clans 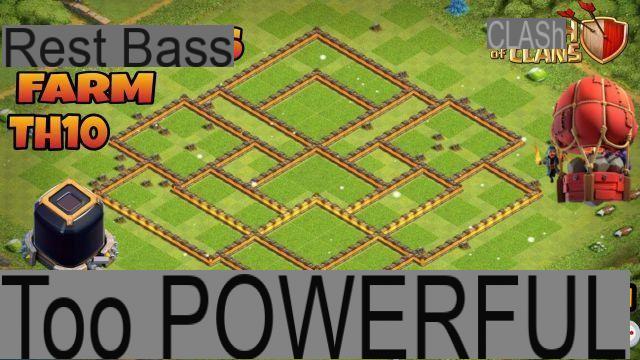 You just got your hdv 10 in clash of clans. You want to have the best village possible and you don't know where to start, then this clash of clans tutorial is for you!

Finally, after 14 long days of waiting, it's here! You have finally reached the last hdv of clash of clans. Your HDV 10 is all beautiful and its advantages are numerous on clash of clans! The possibility of having the towers of hell, an extractor, a mine moreover.

As with all upgrades to a new HDV, start by building everything new (defense, extractor, etc.)

Now that you have all the buildings, I invite you to take model on construction of villages and strategies for hdv 9. Or to create a personalized one, it's up to you.

-We go back to the good old habits, as for the other HDVs, we send a worker directly to the laboratory.

-We increase the camps to be able to have a better attack in clash of clans.

-A worker who will take care of the hell towers and who will then also increase them.

- Two workers who will take care of the new traps, the new cannon, the new tower and the new extractor and mine.

You have completed or will soon complete step 1 of this clash of clans guide so you can start this step.

- As soon as one of your workers is no longer busy because he finished maxing a defense, you can send him to take care of the x-bows up to the maximum level.

- You can also upgrade your new drill if you need dark elixir.

3Last step to have the best HDV 10

Finally here is the last step of this clash of clans tutorial.

-A worker who takes care of the towers of hell.

-A worker who takes care of the X-bows.

-A worker on the heroes (priority to the queen).

-A worker who will take care of the defenses following the order of priority available here.

If your 5 workers work non-stop, you will have maxed out your hdv 10 of clash of clans after 206 days.

And here you have the best hdv 10 possible clash of clans! Now arrange it as you see fit but you can take inspiration from these plans too.