This secondary quest is one of the most difficult in the novice mode and will allow you to face a large secret monster: the Kirin. After having carried out all the secondary missions of the impatient biologist (picture1), located to the left of the botanical garden, you will obtain the five-star mission: Disappeared in a flash (★★★★★) (picture2).

This animal is particularly sensitive to fire (★★★), water (★★) and ice (★★) attacks. Consequently, try to craft a weapon with one of these attributes and doing the most damage possible (picture3) because otherwise, you will not have enough strength to pierce its shell. Regarding your armor, opt for equipment capable of resisting Lightning attacks (picture4). Do not forget to improve his physical defense by using your Armor Spheres (picture5). 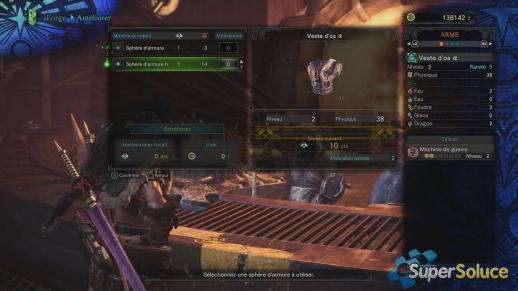 
Get your mission and go eat a dish that increases your defensive statistics (picture6) because a well-placed hit from this monster can kill you instantly if you don’t have enough life. Once on the Coral Plateau, collect your items from the chest and go in search of this rare monster (picture7). Rare monsters are indicated by blue navicioles (picture8). 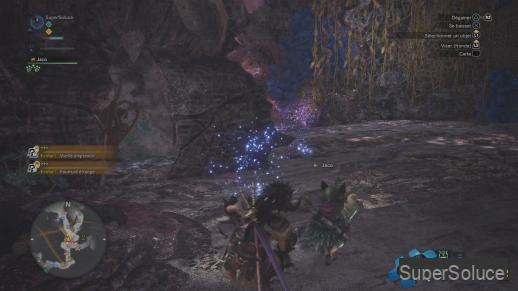 The latter is generally found in Zones n°12 or n°13 (picture9). The Kirin's basic attack is the lightning attack. This causes lightning to strike several places on the ground, the light appearing on the ground being the main indicator of an imminent strike (picture10). By being attentive, you will therefore be able to take a side step before the lightning falls on your head.


The Kirin's only real weak point is its head. So avoid staying behind this enemy because you could, in addition, receive a kick from the hind leg, projecting you into the air (picture11). When to strike the Kirin? After launching several lightning attacks, the Kirin will charge you twice in a row. Dodge his charge and hit him when he catches his breath (pictures12to14).

After inflicting enough damage, the Kirin will move to Area 15 of the Coral Plateau (picture15). Information: this animal is insensitive to electric type traps (picture16). Make sure you have other types of traps on you if you want to capture it. When the fight is over, skin the animal to get its components (picture17). 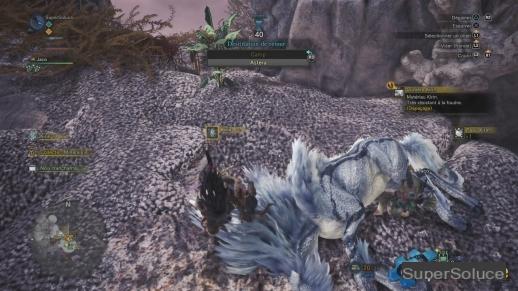