The fights occupy a good part in Forge of Empire, and even if you're not into PvP, the campaigns only also has its share of difficulties.

In each fight several options are available to you:

You can negotiate, for this you will need a certain number of resources, if the resources are not too rare pay to save time (image1). 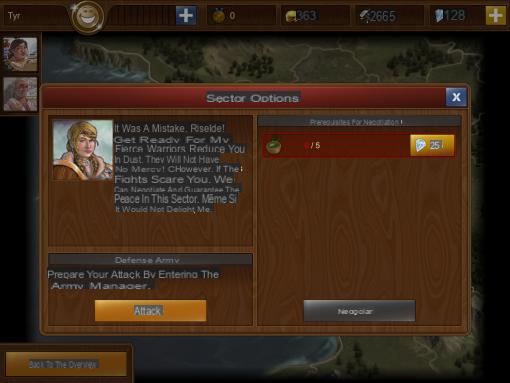 If you decide to fight, then do not hesitate to "infiltrate" the enemy, this has the effect to weaken his army by 10% and if you lose the effect remains (image2). 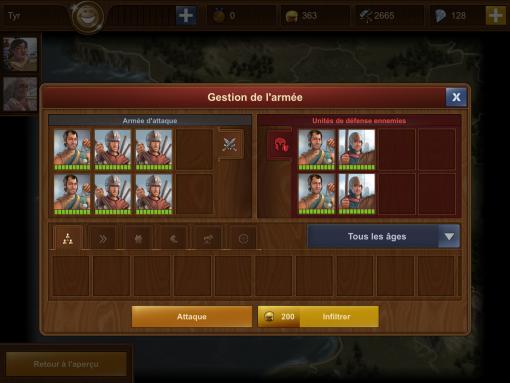 And finally the fight, for a better attack favor ranged units by putting 3 slingers, and 2 onagres. These units are devastating but fragile, so protect them by adding 2 spear units et 1 cavalier. These will be used to eliminate units weakened by your shots.

Polish or Motivate your neighbors' buildings

Forge of Empire is a multiplayer title, so it's important to take care of your neighbors. But for once you don't have to kill each other, you also have the possibility of helping each other. Indeed, you can visit the cities of other players by clicking on the small icon at the bottom right of the screen (picture1). From there, choose a portrait to travel, on the spot you have the choice: "motives" ou “polish” (picture2). 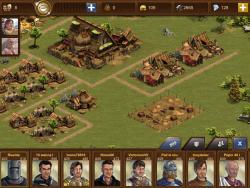 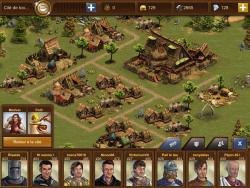 By doing this you will increase your neighbor's gold production or satisfaction for 12 hours. In addition to winning 20 gold coins directly, your neighbors will usually do the same for you. So don't forget to visit the cities of the players who helped you by looking at your mail (image3). 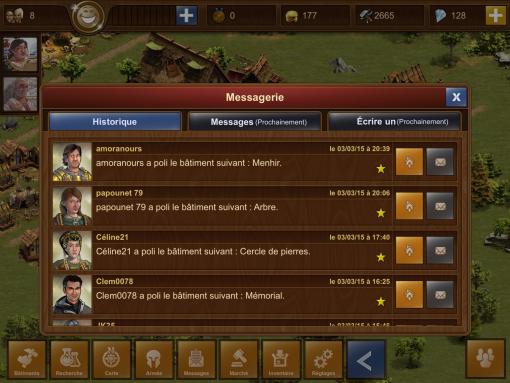 Maximize the production of goods

In Forge of Empire, goods are everything. To earn it you must build production buildings starting with the "hunting lodge" (picture1). The latter quickly becomes obsolete, so it will have to be replaced by a "pottery" then by a "forge". In the end, to have a regular production you will need to have two pottery, three forges and fruit farm. The iron age, add goat farming doing research  "cattle raising" (image2). 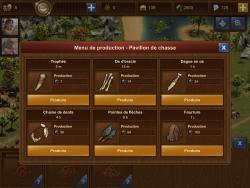 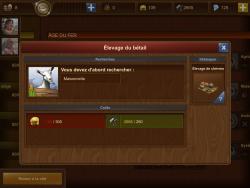 For more efficiency, be careful to always have productions in progress, while you are connected, favor quick productions of 5 or 15 minutes and when you have to leave the game, think of launching long productions of 8 hours or more.