FIFA 22 FUT Versus: Start time, how it works, more

Author and references
The next themed event will soon be available in FIFA 22 Ultimate Team! Find out everything you need to know about the FIFA 22 FUT Versus promotion, including start time, how it works and more. 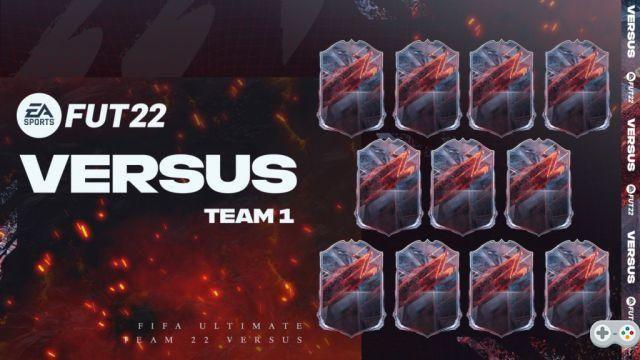 It's been an exciting season so far in FIFA 22 Ultimate Team with a host of promotions already present in the popular game mode. Familiar re-releases like Road to the Knockouts have been dropped, along with never-before-seen events like Adidas Numbers Up.

Now is the time for another new promotion with FUT Versus set to release in-game soon. The upcoming promotion looks to replace the FUTMAS and FUT Freeze events from previous years of FIFA Ultimate Team and features two winter card squads.

Here's everything you need to know about the FIFA 22 FUT Versus promotion, including the start time, how it works, and more.

When does FUT Versus start?

FIFA 22 Ultimate Team's new winter promotion, FUT Versus, is set to go live on EA Sports' servers on Friday, December 10 at 18:00 GMT. The first drop will feature a "Team 1" and will likely include the SBC as well as the objective challenge player(s).

We'll be sure to update this article with the full FUT Versus Team 1 player list when the event airs tomorrow night.

How do FUT Versus cards work?

FUT Versus will release two squads of players over a two-week period. One team will be labeled the "Verus Fire" team and the other will be the "Versus Ice" team.

The teaser tweet from EA Sports suggests that Versus Fire and Versus Ice will be the same players, however, each version will receive different 5* boosts. This probably means that one set of players will have 5* skill moves and the other will have 5* weak foot abilities.

FUT Versus Fire items will be included in the Ultimate Team pack item pool until Monday, December 13 at 18:00 GMT, when they will be replaced by the corresponding Versus Ice version.

Choose your side??❄️ #FUT Versus is coming to #FIFA22 tomorrow
Players compete with contrasting permanent boosts.

Be sure to check back to our dedicated FIFA page once the FUT Versus event is live to see who made the cut for the new boosted special cards.

add a comment of FIFA 22 FUT Versus: Start time, how it works, more