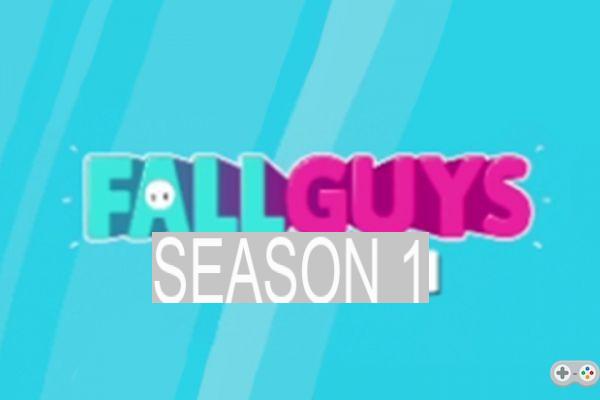 Fall Guys is the new game of the moment, combining fun challenges and colorful graphics. The game, of which the release is scheduled for August 4, 2020, has already been beta tested two weekends in a row, by many players, thanks to different keys! If we know little about the game at the moment, we do know that it will have seasons, and we already know season 1 end date !

Fall Guys releases this Tuesday, August 4, 2020, and if you had the opportunity to beta test it during one of the two test weekends, you may have noticed that the game is in its 1 season, and that the end date is already announced!

On the home page of the game, to the right of the game logo, we can see that the game gives us an indication regarding the end of season 1, since it says " End in XX days ". By doing the math, we can then deduce that Fall Guys season 1 will end normally. the 5 October.

At the moment, we don't know what the changes will be between the different seasons, but we can imagine that the game modes will be totally renewed, or that there will be at least a few more! We will certainly learn more at the beginning of October.

Fall Guys: Maintenance and servers down to Friday, August 7, 2020

Crossplay and crossplatform in Fall Guys, can we play between PC and PS4?

Fall Guys PS4, how to play the game on PlayStation?

add a comment of Fall Guys Season 1: End Date and Start of Season 2