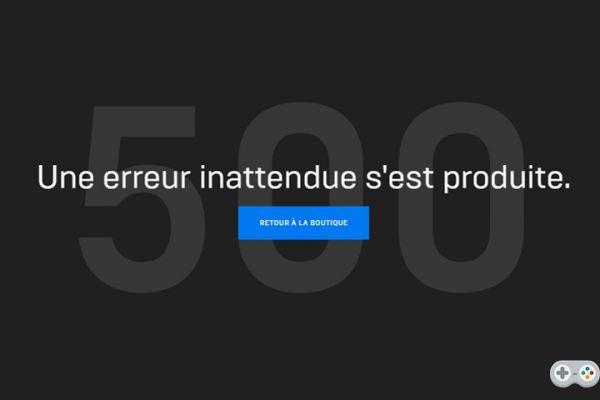 Since its creation in December 2018, L 'Epic Games Store offers a whole catalog of traditional video games to players. All Thursdays at 17 p.m., a new game can be downloaded for free for a whole week. After this period, another game is put forward to be obtained without paying a penny, and so on.

For the past few minutes, many players have had a hard time logging into the Epic Games Store; the reason is simple, everyone hopes to see GTA 5 in the in-game store.

We are currently experiencing high traffic on the Epic Games Store.

We are aware that users may be encountering slow loading times, 500 errors, or launcher crashing at this time and we are actively working to scale. We'll provide an update as soon as we can.

You had to suspect it! Faced with the craze around the leak of GTA 5 free from the Epic Games Store, the Epic Games store is a great success. It is therefore quite normal that some bugs are encountered by players, such as the famous 500 error that many have. If you have it, you will have to wait or restart the game because it simply means that too many people are trying to connect to the Epic Games Store

Tweets are raining down on social media from players unable to access the Epic Games Store. The publisher didn't wait long before communicating about the bug and the 500 error, explaining that the developers were working on fixing the problem.

How do I fix the Epic Games Store error 500?

Whether on the application or directly on the official site, it is impossible to have access to any information (or the information is in the wrong language...).

Currently, there is no workaround to fix this bug; Epic Games is working on fixing it.

As soon as we have additional information, we will keep you informed. Either way, the promotion lasts for 7 days, so you'll have plenty of time to download and install GTA 5 from the Epic Games Store for free.

All our guides on GTA 5 Online