On this page of our wiki on Minecraft, we will list all the enemies that you can encounter in the game. We will start with a description rapid of each creature, then we will detail theexperience that you earn by killing them, resources collected, as well as the place where you can meet them.

The creeper is the obsession of adventurers in Minecraft. Being silent allows it to approach you and then explode, dealing massive amounts of damage that kills you most of the time. If a creeper is struck by lightning, it becomes an electrified creeper.

An electrified creeper is the result of an encounter between lightning and a creeper. However, this phenomenon is relatively rare in Minecraft. If you encounter an electrified creeper, run away without looking back, because its explosion is twice as powerful as that of a normal creeper. However, if you want to get an enemy's head, make that creeper's explosion kill them.

Where to find them: everywhere, if a creeper gets struck by lightning

These are the most common mobs in the world of Minecraft. They are quite slow but pursue the player. During the day, zombies get burned by the sun. They tend to pick up items that are on the ground, so be careful where you throw your gear. You can meet baby zombies who are much faster and therefore more dangerous. If a zombie attacks a villager, the latter turns into a zombie.

This is an equally rare second version of the jockey hen seen in passive creatures, except this hen is ridden by a baby zombie instead of a zombie pigman.

Where to find them: everywhere, but rare

The annoying enemies par excellence. Skeletons attack you from afar with their bows, and rarely miss their target. They catch fire if they find themselves outside the underground during the day.

Where to find them: everywhere, in the normal world and the Nether 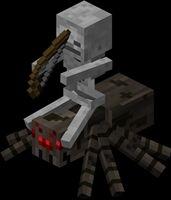 It's a rather rare, but very dangerous creature duo. If one of them dies, the survivor will continue to attack you.

Where to find them: all over the world normal, but rare

Daytime cross spiders are harmless. On the other hand, those encountered underground or at night are a real scourge. They are very fast and have the ability to scale walls to surprise you.

The blue spider is even more dangerous than the classic spider, because it can poison you. They mostly live in the abandoned mines that you find underground in the Minecraft world.

Where to find them: in the abandoned mines

The witch is a fairly rare creature in Minecraft. They attack you by throwing potions at you, and can use potions on them to heal themselves, protect themselves or gain speed.

Where to find them: swamp

The zombie villager is the result of a zombie attacking a villager in a village. You can heal him by giving him a Potion of Weakness, followed by a Golden Apple.

Where to find them: in the villages 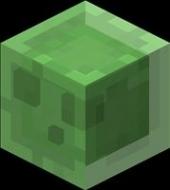 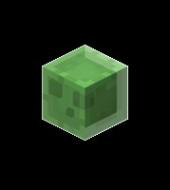 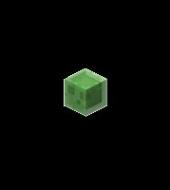 There are three sizes of slimes, small, medium and large. They spawn in the depths of swamp biomes. Killing a large slime spawns 2-4 smaller slimes.

Where to find them: swamp 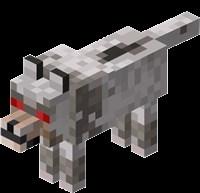 Basically, a wolf is peaceful. But if you hit him, he becomes enraged. He will then attack you until death.

Where to find them: in forests and taigas, by attacking a wolf 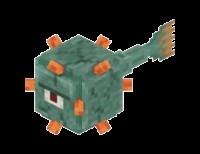 These aquatic creatures protect the entrance to underwater monuments. They attack anything that gets too close to the temple by firing a laser.

Where to find them: ocean and deep ocean 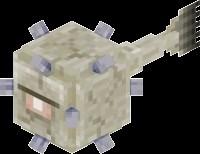 This is the tougher version of the keeper. Master guardians protect the treasures inside underwater monuments. They are more dangerous, but do not respawn after death, unlike most other creatures.

Where to find them: ocean and deep ocean 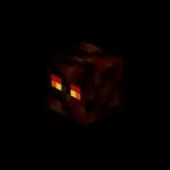 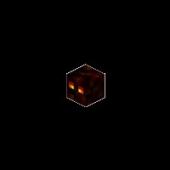 The magma cube is the equivalent of slime, except that it is only found in the Nether. 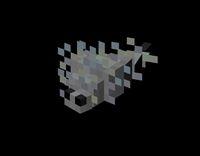 These little insects hide in classic-looking blocks of stone. But when you destroy them, a silverfish pops up and attacks you. You need to get rid of it quickly because it might wake up its little buddies sleeping in the blocks around. To spot the blocks that contain them, watch how long it takes you to mine the block in question: if it's longer than usual, it's an infested stone.

Where to find them: deep in the mountains

The blaze throws fireballs at you. He's a pretty dangerous opponent that you only encounter in Nether Fortresses. 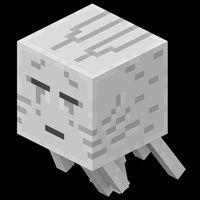 This flying creature is found in the Nether. Be careful, he throws fireballs.

They look the same as normal skeletons, except they are black in color and wield a sword. They are mostly found in Nether fortresses. 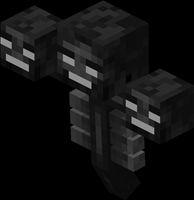 The Wither is a very difficult creature to beat, which you can create with 3 Wither Skeleton Skulls and four Soul Sand Blocks. If you get hit by this monster, your life will be sucked away. It attacks everyone, the player, the creatures around it, the animals,...

Where to find them: player creation 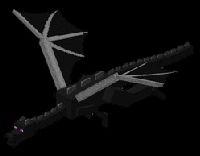 This is the first boss added in Minecraft. It is only found in the Ender. He is an extremely difficult opponent to defeat, as he is accompanied by several Endermans and recovers his life with tall crystals.

Where to find them: Ender