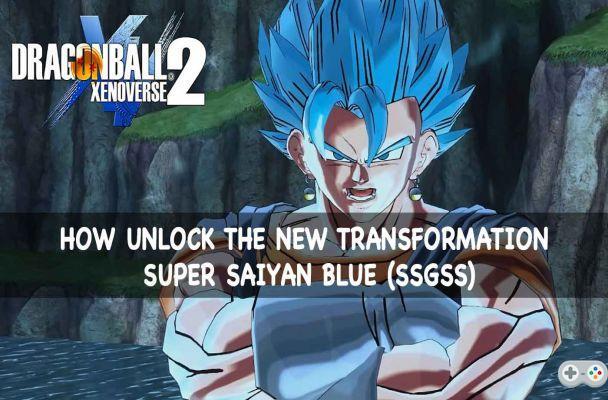 This Trick taken from our Guide full Dragonball Xenoverse 2 is devoted toEaster Egg des Figurines of famous objects from the manga. Once you have unlocked access to Master Roshi's House, use the teleportation to go to the Island of the Seaside District. Then talk to the Robot in charge of entering the House, then look more closely at the Cabinet on the Right to see the figurine of the known element. Then leave Master Roshi's House, then enter it again to reveal a new figure. Each time you return to the house, you will then be able to see that the figurine has changed.

How to gain more experience during quests?

If you want to know how to gain more experience, just check out this Trick dedicated Dragonball Xenoverse 2. When you have completed the main quests of the different sagas, go to the Dome which overlooks the Reception area. There you will find a Time Policeman named Nit, who will give you the Super Soul “40 ton weights! ». The latter increasing the number of experience points gained, equip it on the character to whom you want to level up. Since the inventory is shared between all the fighters you have created, you can use it to quickly boost any of them. But remember to check beforehand that it is unequipped and that it is available in the inventory of all the characters.

What are Time Rift Eggs used for?

Trick taken from our Walkthrough complete Dragonball Xenoverse 2, which contains information about Time Rift Eggs. When you complete the objectives that await you in the Time Rifts, one of the sector characters will give you a Strange Egg. 5 in number (one per fault), you will then have to bring them to the Kaio Shin of Time in order to unlock access to the scenario's Bonus Saga. But be aware that you must first have completed the various basic sagas which end with the Saga – Warrior of the Demon Realm.

How to Unlock Ability to Fly in Conton City?

If you are looking for how unlock the ability to fly in Conton City, this Trick dedicated Dragonball Xenoverse 2 is made for you. Shortly after starting your adventure, the Kaio Shin of Time will tell you that you can't fly yet. To do this, you need to get your hands on a flight permit, which she will give you after completing the Saga – “The Galactic Emperor”.

How to Collect Food for Buu Quickly?

By consulting this Trick dedicated Dragonball Xenoverse 2, you will find the technique for Quickly Collect Food for Buu. When you have access to the Great Temporal Rift leading to Buu's House, go there to talk to him so he can explain his family problem to you. You will then have to get your hands on Food, in order to feed him until he creates another Buu. You will find different types of food by searching Conton City, the latter reappearing each time you complete a quest. So we made two videos showing where to find food, the 1st will show you the way to take in a vehicle and the 2nd when you can fly.

Video of the route to follow in the vehicle:

This Trick taken from our Guide full Dragonball Xenoverse 2 is devoted to the method for perform a 100 Hit Combo (W). To succeed some challenges that Mr. Satan proposes, you will have to carry out Combo  more or less strokes. You can easily succeed when 1st Lesson of Nappa, the latter not reacting to your blows during the fight. So just tap the quick attack button to chain him up, then teleport behind him to keep hitting him. Reproduce the same series of attacks without interruption, until you reach the Z combo. Check the video below to see the technique to follow.

How to unlock Fast Travel in Conton City?

If you want to know how to unlock Fast Travel in Conton City, just check out this Trick dedicated Dragonball Xenoverse 2. When you first use the Fast Travel system, you won't have access to all of the important locations in Conton City. To do this, you must go on foot to the unlisted areas, then speak with the Robot in charge of Teleporting to this sector.

How to unlock Hidden Characters?

If you want to know how to unlock all Hidden Characters, just check out this Trick of our Guide Dragonball Xenoverse 2. Note that the majority are unlocked by completing the Main Quests, so simply follow the Story by going to the Nest of Time. The last 4 hidden fighters are obtained through Sheron's Wishes, you just have to wish for more playable characters 4 times.

How to get Items for Free?

Trick taken from our Walkthrough complete Dragonball Xenoverse 2, which contains a method for get items for free. As you move through the different districts of Conton City, you will notice Glowing Spheres floating above the ground. These are actually more or less rare objects that you can pick up, the latter reappearing each time you return from your missions. So you can just start a Side Quest without finishing it, then come back to Conton City to pick up new items for free.

How to unlock the different Masters?

If you are looking for how unlock access to different Masters, this article from our Guide full Dragonball Xenoverse 2 is made for you. Where it was necessary to carry out certain quests to unlock them in the 1st opus, the method to make the training of the Masters accessible is different. To do this, you will have to pass the various Police Academy Examinations, which the game will offer you to take at various times during your adventure. Once you manage to defeat all the Masters already accessible, you will unlock another group of fighters ready to train.

This Trick taken from our Guide full Dragonball Xenoverse 2 is devoted to Wishes which you can do by summoning Shenron. Once you have collected the 7 Crystal Balls, go to the Pedestal overlooking the town of Conton City. You will then have the possibility of realizing one of the Wishes listed below:

How to get the 7 Crystal Balls quickly?

By consulting this Trick dedicated Dragonball Xenoverse 2, you will find the technique to obtain Quickly and Easily the 7 Crystal Balls. All you have to do is loop the Parallel Quest N°04, because you will be rewarded with one or more balls by completing the latter. Be aware that from the moment you reach level 20, a group of Time Cops will appear in the first area. Eliminate them by inflicting the finishing blow on them each time, in order to further increase your chances of obtaining a crystal ball at the end.