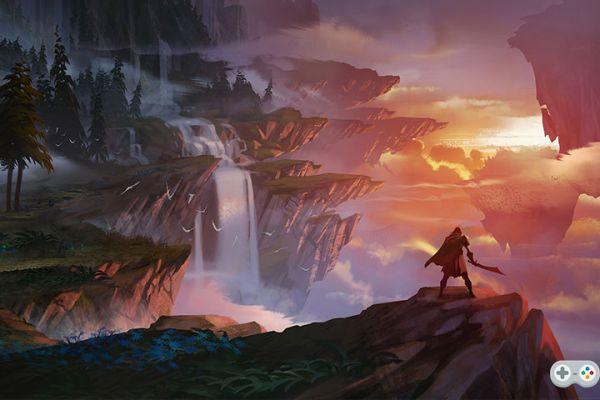 Announced at the very end of 2016, Dauntless has come a long way to where it is today. Still in closed beta, the game is approaching its official release, scheduled for 2018. But, what is Dauntless ?

Dauntless is a game in which you play as a human living in the Ravaged Isles. You will be immersed in a world of floating islands, held in the air by a strange energy, the Aether. These islands are home to different environments such as forests or volcanoes, and above all, very dangerous monsters for humanity, the Behemoths. Alone or teamed up with other players, you'll take on these Aether-crazed, element-commanding colossi to wring their power from them and grow stronger and pit yourself against even mightier Behemoths. 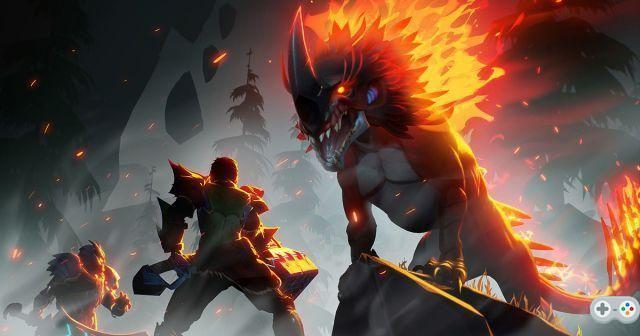 The game wants cooperation-oriented, and it will be very difficult to bring the terrible creatures that will oppose you to their knees without three faithful companions determined to fight it out. Each Behemoth has a behavior of its own that will need to be studied carefully before jumping into the fray, otherwise you risk being swept away in an instant.

There are more than fifteen Behemoths already announced, and many more to come, each with its own particularity, whether in terms of loot, combat phase or monster behavior. No Behemoth is alike, and that's one of the game's major strengths.

The habit does not make the monk, but the weapon makes the Slayer 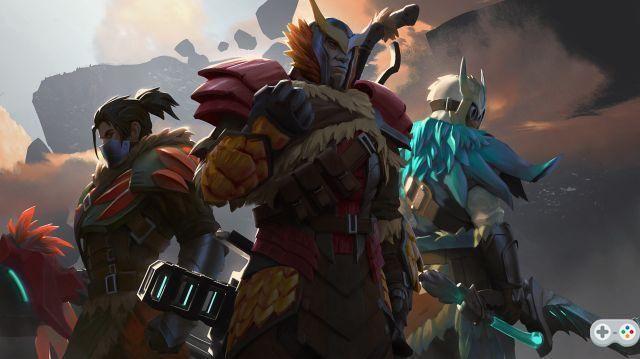 In Dauntless, you won't start out by choosing your class or race. You are a human, and your skills will depend on the weapon you choose, among the 5 available:

Another of the specificities of Dauntless is theAether. Via a combination of keys, you can launch a reinforced attack, inflicting more damage. These attacks are limited in number, because each time you launch one, you draw on your Aether bar, which is not unlimited. It is therefore necessary to make sure to use this asset at the right time.

As you hunt, you can upgrade your weapon by giving it elemental attributes like fire, or lightning, these attributes improving or reducing your effectiveness against certain Behemoths (the Embermane being a fire monster, a flaming ax blow will probably make it smile, whereas an ammunition of Frosted Cannonhammer is likely to please him much less, for example).

A closed world... In its own way

The world of Dauntless is centered around a main island where we find the city of Ramsgate. You can meet there with your friends, exchange with merchants, forge, or simply rest between two hunts. It is in Ramsgate that you will choose your next target, and you will reach its location via a loading time bringing you to a fairly closed area where the Behemoth is. 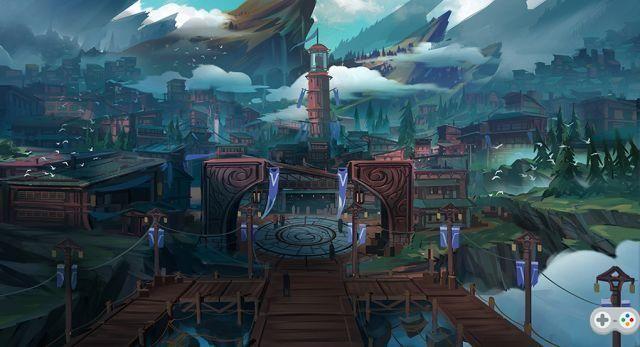 Dauntless, unlike Monster Hunter, focuses more on battling the monster rather than tracking it down. It is therefore in an area like the Behemoth that you will fight, such as a volcano or a snowy forest.

Behemoths are creatures, whose origin is more or less unknown, but which feed on Aether and grow stronger each time they absorb it. They are the predators of humanity that lives on the Broken Isles. 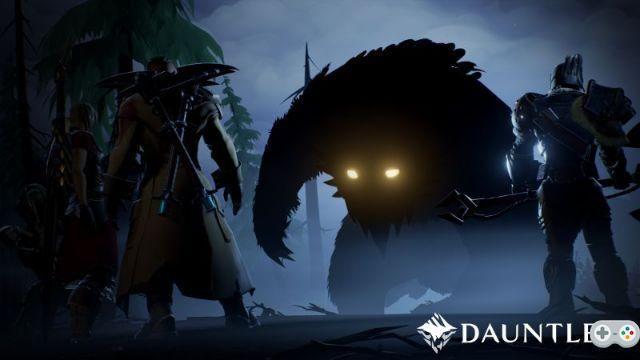 Far from being simple "mountains of muscle" with a lot of hit points, Behemoths have dDifferent behaviors depending on the situation. Here, no life point gauge, the damage inflicted will be seen through notches appearing at the places you hit. The loss of certain limbs such as the tail or too many hit points can enrage the Behemoth, prompting it to unveil new attacks, or, on the contrary, to flee to recover its strength. So don't be surprised if, having suffered too much damage, the Behemoth decides to go after you.

To conclude: Why Dauntless?

Dauntless wants to be a competitor to Monster Hunter for PC players, and does not hesitate to play the Free-to-Play card. The developers want to be close to the community through frequent updates. Dauntless also avoids choosing the easy way, by not including a loot box system, a mechanism that became more popular in 2017. As a reminder, the game will be released in 2018, like its competitor Monster Hunter: World.

Dauntless: Guide to the Valomyr

Dauntless: How to Change Your Character's Appearance