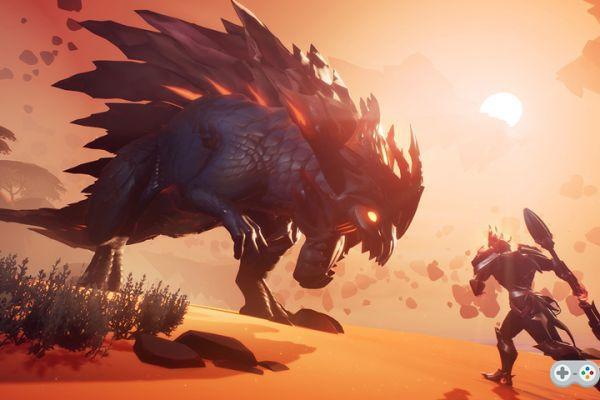 Dauntless: Best Dauntless Weapons In Dauntless, weapons play an important role, here we are going to give you a top 6 of the best weapons in the game.

Many Slayers are no doubt interested in knowing which are the best weapons in Dauntless. In this guide, we are going to give you the ones that we think are the six best in the game. Unfortunately, for fans of theAetherolance and Blade chains none of the weapons of this type will be affected.

La Claw of the Sixth Circle offers an interesting special effect since the 8th hit in a row deals 100 extra damage (counts for the elemental effect) combined with the previous hits, you will do a total of 880 raw damage, which is not negligible.

When maxed, the weapon will have 550 power and associated with the Mastery 10 of the sword (Reactive Guard which offers a critical attack after a dodge), you'll slice through Behemoths with mind-blowing speed.

If you want to take down Dark-type Behemoths, thecall of dawn will be the ideal weapon. Much like the Claw of the Sixth Circle, the weapon will eventually have 550 power when maxed out.

On the other hand, his special attack is very interesting since you will have 10% chance, and that your attacks hit twice in a row. If your power is at its maximum level on the weapon, then you would do 1100 points of damage in one shot, which is even better than how Hellion's sword works. Finally, the technical and utility cells have interesting bonuses.

The Claw's special attack and that of the Judgment of the Sixth Circle are the same, except that after the 6th hit you will do the extra damage. Of course, the Hammer is much slower than the Sword, so it will be a little more complicated to make those 6 consecutive hits.

We therefore advise you to take the Mastery 16 hammer, extended charger in order to have 6 ammunition in the weapon instead of the basic 4, since once unloaded, you will attack much faster.

Sometimes it is interesting to have a weapon with non-elemental damage in order to do damage to all enemies without having a handicap. In addition, you will have the choice of combining power and utility cells, a good mix for a hammer.

Unsurprisingly, a new Hellion-based weapon is featured in this top. Just like Judgment, you will do extra damage from the 6th hit. Furthermore, the Edge of the Sixth Circle being an axe, you'll have the most powerful weapon in the game, but its speed might make it quite difficult for you.

You will also be able to do extra damage with cells like Rage, Ragehunter or even predatory.

La Predator's Grace is a most interesting ax for Slayers wanting to hunt Radiant-type Behemots. Its special attack which works by doing damage will give you a chance to create Dark Orbs based on the damage inflicted.

These orbs will deal between 1,5 and 2,5% more damage for 5 seconds depending on your weapon levels. Also, by laying out the tech cell slot, you will be able to improve your weapon's attack speed.

Special mention to Repeaters which can be improved according to your wishes.