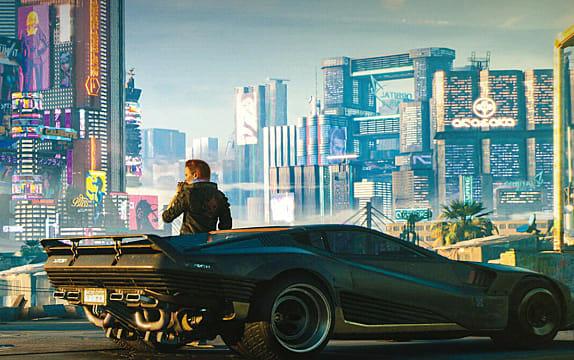 There's a Cyberpunk 2077 third-person mod now in the wild thanks to modder Jelle Bakker. The PC-only mod is available on Nexus Mods and requires the Cyber ​​Engine Tweaks mod to work. It allows players to see their custom V in normal play - instead of just on bikes - for better and for worse. Currently, the models are just a little janky.

The CP2077 third person mod has four different camera angles, but even with the bug fixes offered by Cyber ​​Engine Tweaks, issues with V character modeling. In combat and underwater situations, V tends to look a bit...

It's not jank's Headless Chicken V levels, thankfully. However, players using Cyberpunk 2077's third-person mod should expect some weird movement and discrepancies between movement speed and distance traveled, as seen in this Slothability overview video.

Whether CD Projekt Red fixes these modeling issues in the two performance enhancement patches by February remains to be seen, as Cyberpunk is ultimately designed for first-person play.

Grab the Cyber ​​Engine Tweaks mod from Tilted Seals on Nexus Mods, and the Third Person mod from Jelle Bakker if you want to see things from a different perspective.

After installing Cyber ​​Engine Tweaks, here are the steps to follow:

The next step is to choose the male or female V perspective mod. Once the installation of the desired mod is complete, simply drag this folder into the Cyber ​​Engine Tweaks folder.

If you want other mods to go with your Cyberpunk 2077 third person mod, be sure to also check out our list of the best Cyberpunk mods.