Cyberpunk 2077 Romance Guide: How to Romance Every Character

Cyberpunk 2077 offers a handful of romance options during your time in Night City, each with their own place in the story and their own preferences as a partner.

You don't just have to complete certain progression and dialogue requirements to hook up with one of the game's few romantic partners - you also have to appeal to their tastes by being a specific gender. This means that you cannot have sex with all potential partners in one game.

Of course, if you're just looking to have a good time, you can just visit Jig-Jig Street to rent a Joy-Toy, but the options there are extremely limited and ultimately it's best to get more invested in the world of Cyberpunk 2077 by engaging with any of the fleshed out characters you encounter on your journey through the game. 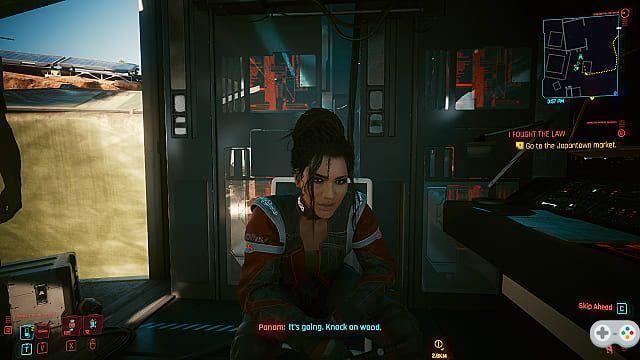 You'll meet Panam during the Ghost Town quest, and you can romance her provided you play a V.

Romancing Panam isn't too difficult, but you have to flirt with her throughout your time together and complete the Lightning Breaks and Riders on the Storm quests. Although she doesn't seem to like flirting, it's necessary.

In the quest With a little help from my friends, do not cooperate with Saul and tell him his plan. Don't tell him you're helping him for money either.

You'll need to complete the Queen of the Highway quest to fully romance her, and during the later part of the game you'll need to let Panam and the Aldecaldos help you complete your romantic journey with Panam. 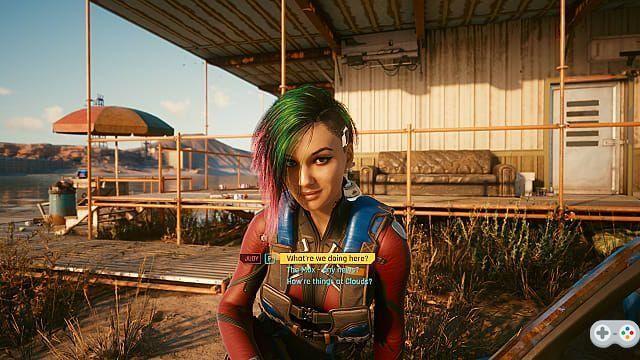 It's impossible to miss Judy during Cyberpunk 2077's early hours, but only female V characters will be able to romance her.

Whenever it is possible to call on Judy throughout the game, you should do so. You'll need to complete the Disasterpiece and Double Life quests, and when asked to make choices involving Judy later on, you'll need to side with her, regardless of the consequences.

To wrap things up on a high note, you'll need to let Panam and the Aldecaldos help you towards the end of the game. You'll need to complete all Panam quests throughout the game before the final stretch to do this, so keep that in mind as you play.

Cyberpunk 2077: How to have sex with River Ward Romance 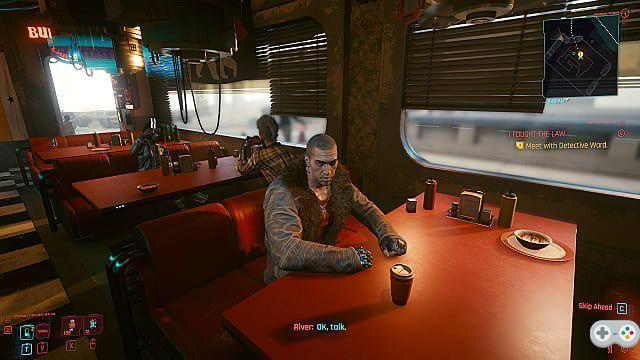 River is a romance option you'll have to go all out for, as it only shows up if you take the I Fought the Law quest. Moreover, it can only be romanticized by female V characters.

Once you complete I Fought the Law, River will call you back with a quest called The Hunt. Keep River alive, along with Randy, and make sure you pick Edgewater Farm at the right time. Stick with him throughout this segment to continue your journey to romance.

The dialogue options from here are pretty obvious, though you'll have to choose the option to kiss her and say "Yes" to make your relationship permanent.

Again, you will have to choose to let Panam and the Aldecaldos help you towards the end of the game in order to get the best result with River at the very end. 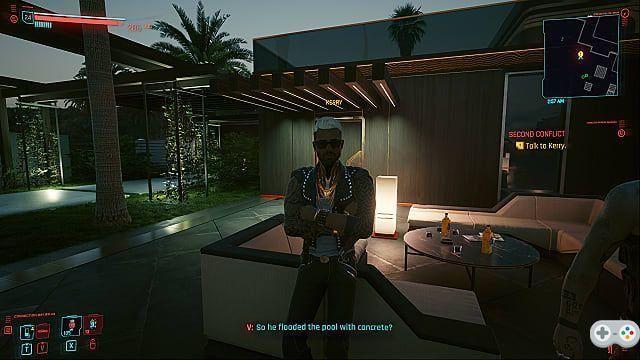 Kerry is another character that takes a bit of work but is well worth it if he's your type of guy. Kerry can only be romanticized by male V characters.

You'll have to delve into Johnny Silverhand's quests to meet Kerry in the first place, culminating in the Holdin' On quest, where you can actually meet him (in a less than ideal situation).

Take any quest involving Kerry, and when prompted to text her after a particular quest, be sure to choose the option involving explosions and runs. This is required to continue his questline.

Flirt with Kerry through the following quests leading to one named Boat Drinks, which seals the deal if you make the fairly obvious right decisions on the boat. Once you're both done, you can choose to kiss Kerry to take your relationship to the next level.

Cyberpunk 2077: How to sleep with Meredith Stout 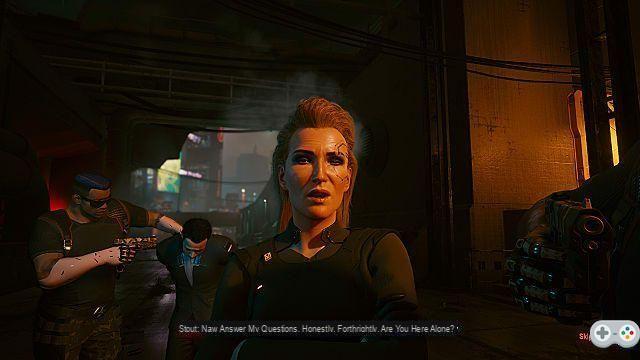 You can hang out with Meredith whether V is male or female – just avoid attacking her bodyguards during the first The Pickup quest.

Meredith will text you after completing the quest and you should reply that you were just starting to like her. She'll invite you to the No-Tell Motel, where you can do the deed. It's a unique thing, and it's the only way to get Sir John Phallustiff's signature weapon.

That's all there is really to say about romance in Cyberpunk 2077, as the options are somewhat limited in both the relationship and one-night stand areas. There are a few extra sex scenes that just fall into your lap (so to speak), but otherwise getting down to Night City is about as easy as it gets. Check out our other Cyberpunk 2077 guides here on GameSkinny, covering the ins and outs of CDPR's latest RPG.

Audio Video Cyberpunk 2077 Romance Guide: How to Romance Every Character
Cyberpunk 2077 on PS5? Dev says nothing has changed after a long delay ❯

add a comment of Cyberpunk 2077 Romance Guide: How to Romance Every Character