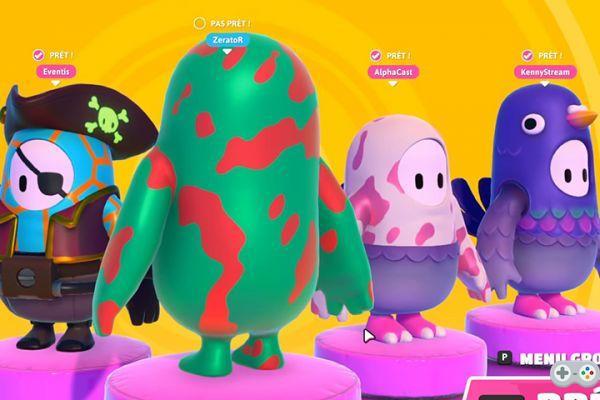 Can more than 4 people play Fall Guys? Maximum number of players Is it possible to play with more than 3 friends in Fall Guys?

Fall Guys is a party game, and who says party game says… play with friends! It is therefore normal that the game offers multiple players, especially since it is an online multiplayer game. But up to how many people is it possible to play? How many friends can you invite when playing the game?

Can we play more than 4 on Fall Guys? How many friends can I invite to a game?

If you've owned Fall Guys, you've probably wanted to play it with friends, wondering what the maximum player limit is in a game. If each game has 60 players, unfortunately it is impossible to invite more than three friends to play! It is therefore possible to play in a group of up to four players.

Fall Guys has not yet communicated on this subject, and has not spoken of changing this four-player limit. We will therefore have to deal with it for the moment! However, just like split screen, we can imagine that this functionality will be modified later, and the limit increased.

As a reminder, if you want to play with your friends, nothing could be simpler:

add a comment of Can more than 4 people play Fall Guys? Maximum number of players