Author and references
Our articles on Anthem Anthem: The Colossus, skills and equipment In Anthem you can play up to 4 different javelins, among them is the Colossus, the heavy tank par excellence.

Presentation of the Colossus

The Colossus is arguably the toughest javelin in the game but also the least subtle. In addition to its panel of very interesting skills, it will be the javelin of choice for players wishing to be on the front line. Although slow and heavy in its movement, the Colossus will provide players with a very wide range of skills, each more devastating than the other.

The colossus can be equipped with all weapons, and more particularly heavy weapons, so he will be able to meet the desires of the players while putting very high damage at the disposal of his team. 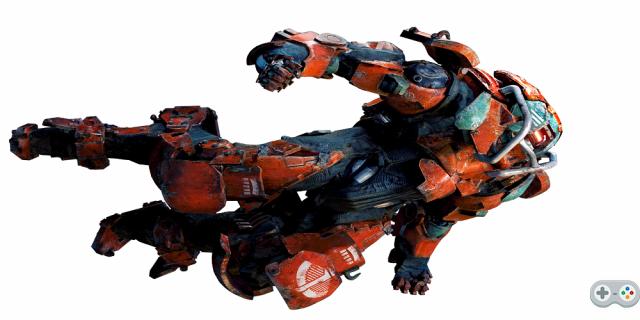 The skills of the Colossus

Like all javelins, the colossus has the option of equipping components that boost its stats and skills.

The heavy assault launcher has the advantage of being able to be adapted to any situation, so you can use different modules depending on the way you play or the mission you are going to carry out.

→ Electromagnetic cannon: After a short cooldown, fires a projectile capable of piercing armor.

→ Flamethrower: Shoots a stream of flames.

The colossus not only has its heavy launcher as an asset, but also a very powerful artillery launcher which will undoubtedly be its greatest strength in battles. This launcher will offer multiple possibilities to eradicate your enemies

→ Lightning Coil: The projectiles aim at targets in front of the colossus.

→ Hyper explosive mortar: Fires a powerful explosive with a large radius of action.

→ Firewall mortar: Launches a gigantic wall of flame that deals damage to enemies that pass through it and shields players.

→ Charge : Sprint with your shield equipped. Each enemy hit will be knocked down and take damage.

In addition to these many offensive skills, the colossus also has so-called support skills, which will protect you (you and your allies) or draw the attention of enemies to you.

→ War cry : Targets enemies and forces them to attack the colossus.

→ Shield Pulse: Reduces damage taken by 33% for the caster and allies. 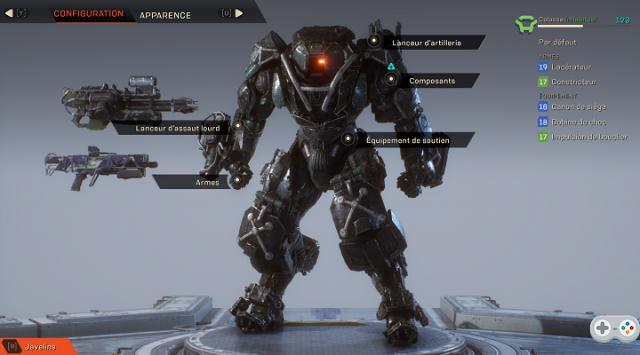 In addition to their basic skills, javelins also have an ultimate skill. When it comes to the colossus, the ultimate skill is none other than a powerful siege artillery cannon possessing a devastating power very useful for cleaning.

add a comment of Anthem: The Colossus Skills & Gear