Author and references
Our Anthem Articles Anthem: Gear Customization Learn everything you need to know about gearing up and customizing your javelins in Anthem

In Anthem, players will be able to fully customize their Javelin, from paint and materials to weaponry and skills; the game will allow players to have a unique javelin.

In the game you can modify the appearance of your javelin as you wish, allowing you to have a unique javelin in your image. 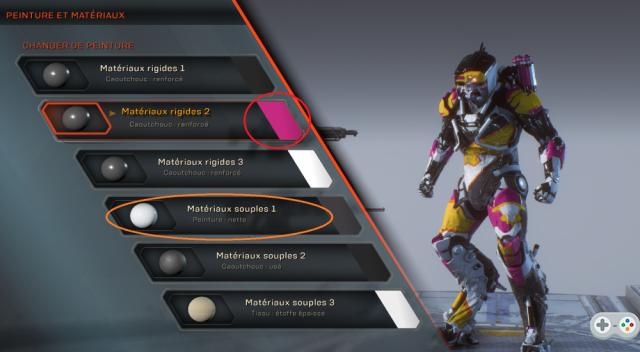 → In red: You will be able to choose the color of the selected armor part.

→ In orange: You will be able to choose the type of materials of the part of the armor selected.

The type of materials will have no influence on your gameplay or your statistics, it's purely cosmetic.

In the customization of your armor, you can unlock vinyls (or tags) that will give you a little more class in combat. 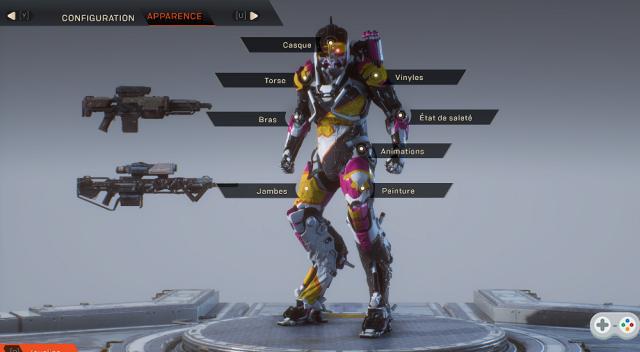 As you progress through the missions and through the game, you will unlock many customization items for your appearance, as well as additional animations or vinyl.

In Anthem you can customize the equipment of your Javelin, the latter is divided into 5 key points, 3 of which are identical for all Javelins, namely:

→ The components: These perks will provide a significant bonus to your stats ranging from a simple hit point bonus to a reduced skill cooldown. Component slots unlock as you level up.

→ Support equipment: As its name suggests, this key point corresponds to "team" skills such as a damage boost for the group, for example.

→ Arms : This key point allows you to select the type of weapon you want. 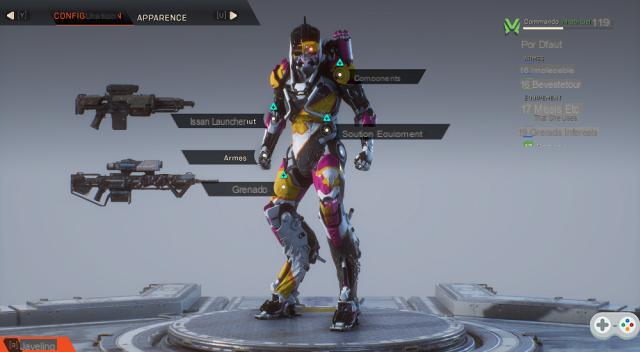 In the game, besides your character level, your armor also has gear level which will greatly influence your combat power. To increase this level you will need to unlock equipment during quests, exploration, dungeons, etc... This system is very close to the system of destiny.

Like most RPGs, there are different levels of rarity, whether for weapons or for the rest of the equipment, so we can find the following color code: Common, unusual, rare, epic, masterly, legendary. The rarity level plays an important role on the level of the equipment and therefore of your javelin.

The different inscriptions of the equipment

You will find a lot of information on the pieces of equipment, whether it is the level of the object or its statistics, it is important to understand what each inscription corresponds to. 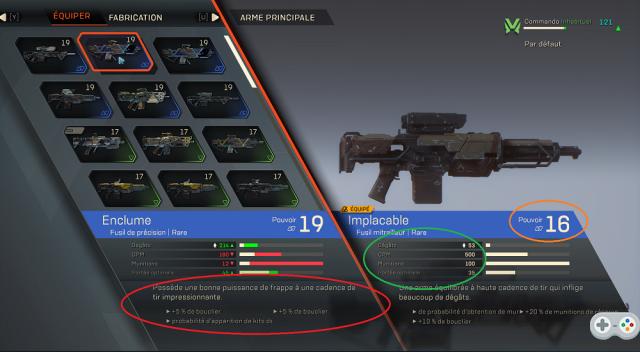 → In red: The effects of the object as well as these bonuses.

→ In orange: the level of the object.

→ The higher the rarity level, the greater the number of bonuses on the item. For the moment it is impossible to modify the bonuses on an object.