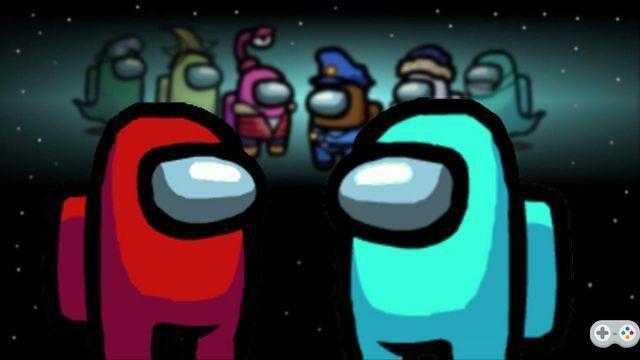 Among Us Crewlink FR, how to join a discord server? If you want to play with the Crewlink mod and with FR players, there are two Discord servers and we will give them to you.

Among Us allows up to 10 players to play against each other. In a classic game, 8 players are Crew members and the last 2 are Imposters, the principle is that the team members take out the two impostors to win the game.

In order to complicate the game a little, mods exist and among the available mods, we find one named crewlink. However, not all players usually have it, so if you're looking for people to play with it, there are French Discord servers.

How to join a Discord Crewlink FR server for Among Us?

Two addresses are available on the net for Discord Crewlink FR servers.

The first is called Among us Crewlink FR but the invite (source) is currently inactive.

For the second, the Discord server is certainly called CREWLINK Among us but it is only composed French-speaking players. On this server, you will join a community of more than 600 members and it is actively moderated.

So if you are looking to join this server, the link is available below.

>>> Link to join the CREWLINK Among us server <<

There are probably other French-speaking servers offering Crewlink and if you know of any, do not hesitate to share it in the comments.


Finally for those who don't know, Crewlink is a mod allowing players to talk to each other when they are close to each other in the game. Ghosts can also talk to their killer to annoy them and cause an error from them.

Audio Video Among Us Crewlink FR, how to join a discord server?
Among US Cross-play PC and mobile, how to play cross-platform game? ❯

Kotei & Kameto Among Us guide, rules, tutorial and strats

Cupid Among Us mode: how to install and play it?

Sus Among Us, what does this expression mean when we play?

add a comment of Among Us Crewlink FR, how to join a discord server?