The new Ace Combat 7: Skies Unknown has just been released for console players (PS4 and Xbox One) and will be available on February 1 for PC users (via Steam) but already some have been able to complete the campaign mode. However, completing the game solo unlocks a major surprise: the X-02S Strike Wyvern is fun!

The return of the X-02 on Ace Combat!

While the Ace Combat series likes to use real modern aircraft licenses, the game has also introduced prototypes as well as aircraft created by the developers. Among them, the X-02 appeared in Ace Combat 4. 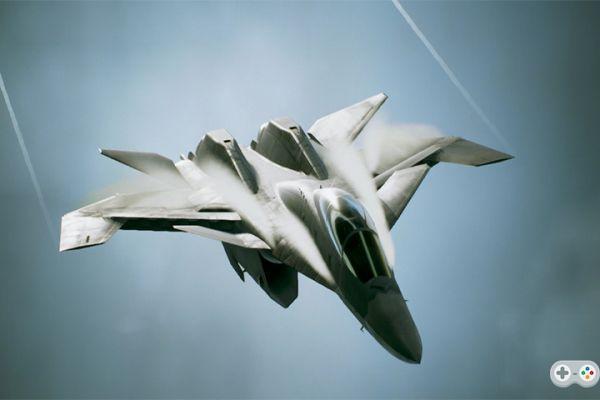 The magnificent X-02S in Ace Combat 7

In order to please the fans, an improved version of the device is present on AC7: the X-02S Strike Wyvern. Note that as far as the aircraft's statistics are concerned, it is undoubtedly the best aircraft in the game, with values ​​one notch higher than that of the F-22A Raptor.

How to unlock the X-02S Strike Wyvern?

Unlocking the X-02 is a two-part operation. First of all, you will have to complete the entire campaign mode in normal or hard mode in order to see the plane appear in the Aircraft Tree.

Then, you will need to obtain the necessary credits (2 millions MRP) in order to unlock it. We recommend playing multiplayer multiple times to earn credits faster, although playing single player in various difficulty settings is also possible (but potentially less profitable).

All our guides on Ace Combat 7